One way to customize your Edge experience is to apply one of many official themes Microsoft has for you in the Add-ons Store. In contrast to Chrome Web Store, there were no third-party themes for Edge. Now things can change. Some users spotted two themes from a third-party developer, Stefan Van Damme, who stands behind the popular extension “Turn off the lights.” 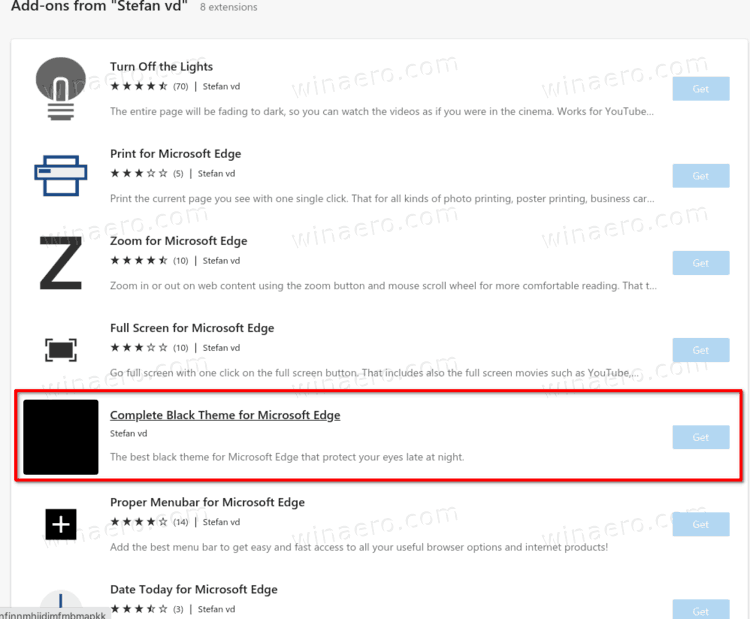 The two themes do not offer much. They are simply an alternative take on the default dark theme Microsoft Edge has since the inception. One uses dark gray colors, and another is pitch-black for those dark UI lovers.  Microsoft does not comment on whether it now allows third-party themes in Add-ons Store, or these are just exceptions that slip under the radar. The latter is quite possible, considering how recently some shady developers published fully capable old consoles emulators (now removed).

You can get two dark themes for Microsoft Edge from Stefan Van Damme using this link to Add-ons Store. If Microsoft is not going to ease its publishing rules and allow third-party themes for Edge, you can always download some from Chrome Web Store. Before you do, be sure to enable extensions from other sources in Edge.