In October 2021, Microsoft announced a major redesign and feature update for one of the oldest applications in Windows, Notepad. After a few months of testing in the Dev channel, Microsoft is bringing the new Notepad to more Windows Insiders in the Beta channel. The company announced the updates in its official Windows Insider Twitter account. 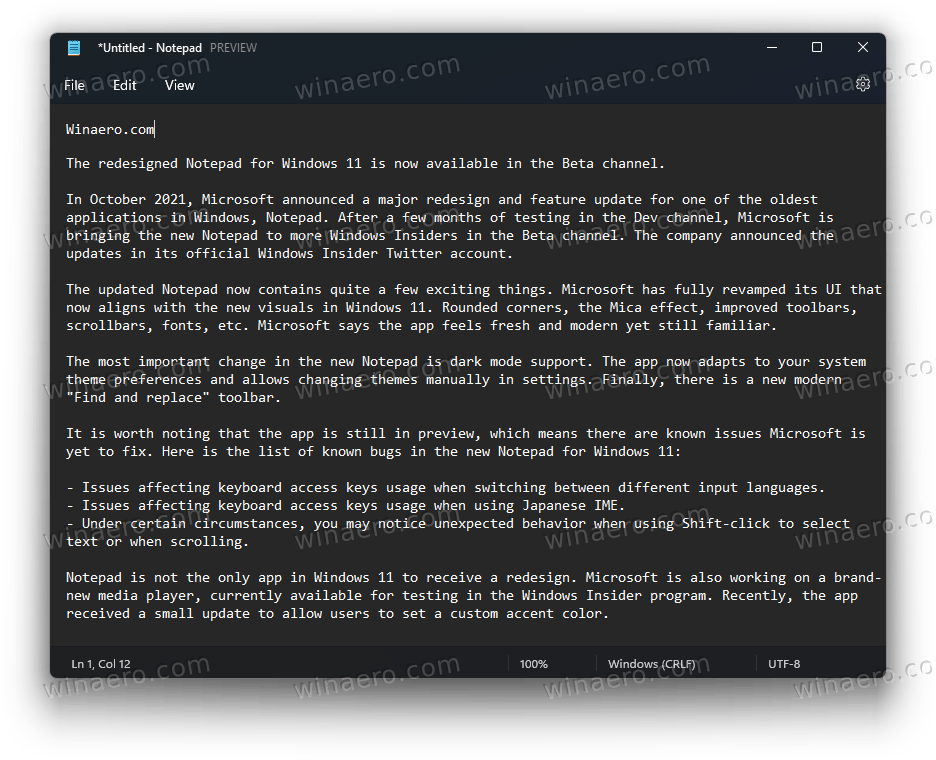 The most important change in the new Notepad is dark mode support. The app now adapts to your system theme preferences and allows changing themes manually in settings. Finally, there is a new modern "Find and replace" toolbar.

It is worth noting that the app is still in preview, which means there are known issues Microsoft is yet to fix. Here is the list of known bugs in the new Notepad for Windows 11:

Notepad is not the only app in Windows 11 to receive a redesign. Microsoft is also working on a brand-new media player, currently available for testing in the Windows Insider program. Recently, the app received a small update to allow users to set a custom accent color.