In recent builds of Windows 10, Microsoft made a change to app management. Now, it is easy to find any app's permissions, change them, or terminate (force close) the Store app. Let's see how it can be done.

As you may already know, Settings is the main entry point when it comes to app permissions and options for any Store app. Under Privacy, you can configure access that apps get to various devices and data in the OS like Camera, Microphone, etc. However, it was not possible to terminate the app quickly without using Task Manager.

The traditional way to terminate any app is Task Manager. Windows 8 and Windows 8.1 had a special drag-and-flip gesture to force close apps, but it was removed in Windows 10. While the Task Manager method works reliably, it is not handy when you are using Windows 10 on a device with a touch screen.

To solve this issue, Microsoft has implemented a new option in the app's page in Settings. Using it, it is easy to stop any app right from the Start menu. Let's see how it can be done.

Step 1: Right-click on the app's icon in the Start menu. It can be an app from the alphabetical list or a pinned tile on the right. 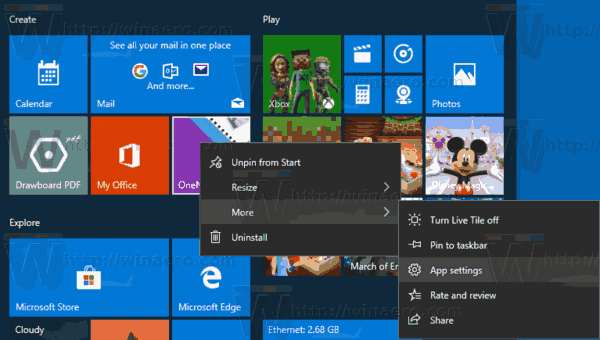 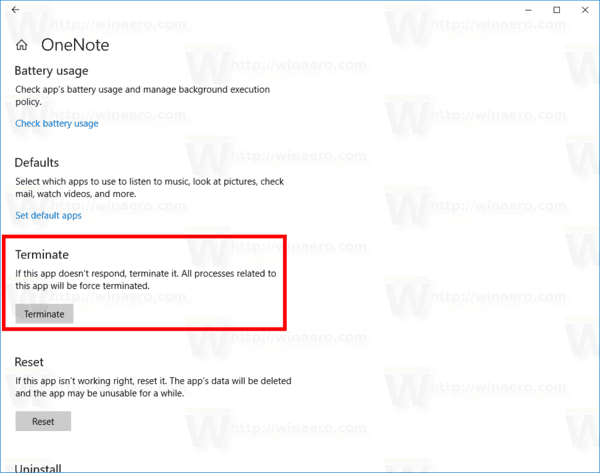 This will stop the Store app instantly.

Since I mentioned Task Manager at the beginning of the article, let's revise how to terminate the app using it.

End Task from the Processes tab works usually if the app is still responsive. However if the app has stopped responding, crashed or frozen, then End task may not exit it instantaneously. Windows will try to create a dump first so you can analyze what caused the app to crash or hang. It will end the task after that. To terminate a hung app faster, open Task Manager and use the End task button on the Details tab. 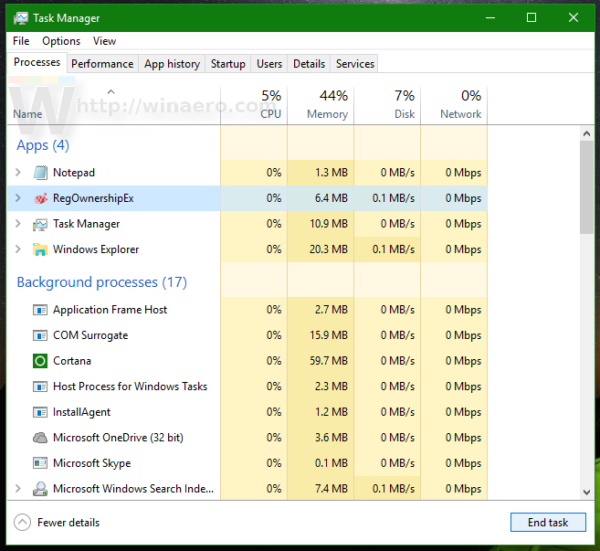 This used to be called End process in the classic Task Manager. This terminates the process directly without creating a dump. If you are not sure of which process to select on the Details tab, then from the Processes tab, right click the hung app and click "Go to details". This will take you to the Details tab and automatically select the process of the frozen app. 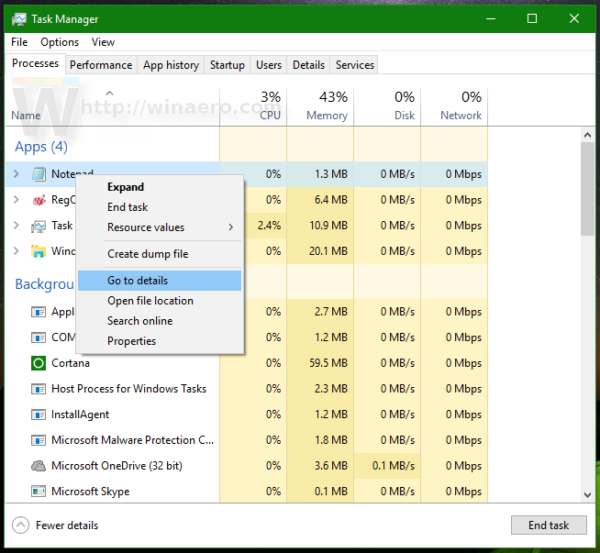 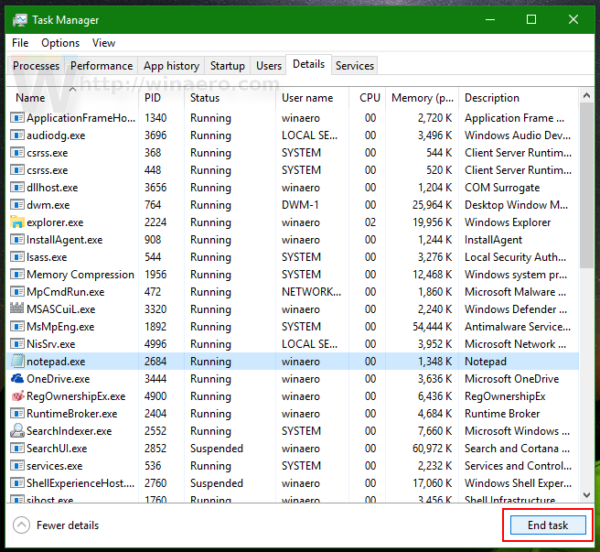