I would like to share with you a cool trick for Mozilla Firefox which can increase your productivity and save your time. While surfing the web, you sometimes wish to share something with your friends by taking a screenshot of it. But it takes several steps to take a screenshot of the whole page, save it, crop it etc. In this article, we will see how to directly take a screenshot of a specific element on a web page without using add-ons.


When a web page is loaded, your web browser creates a Document Object Model of the page. The DOM is constructed as a tree structure wherein each node is an object representing a part of the document.

Let's see how you can use this to capture only a specific element into your screenshot.

To take a screenshot of a specific web page element in Firefox, do the following steps:

The great thing about this feature is that it also captures long elements, including most elements that require scrolling. In my case, here is how the screenshot looks like: 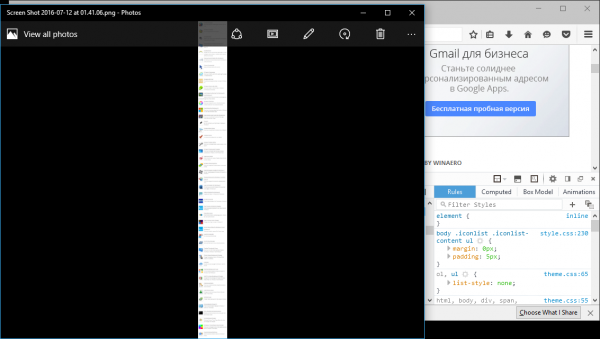 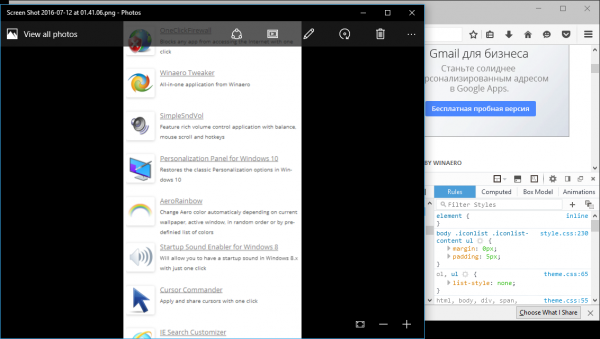 Alternatively, you can use the built-in screenshot command. Earlier, I wrote How to take a screenshot of the opened page in Firefox. In the mentioned article, we used the built in Firefox command "screenshot" to capture the whole page. The same functionality can be used to screenshot a specific element on the opened page. 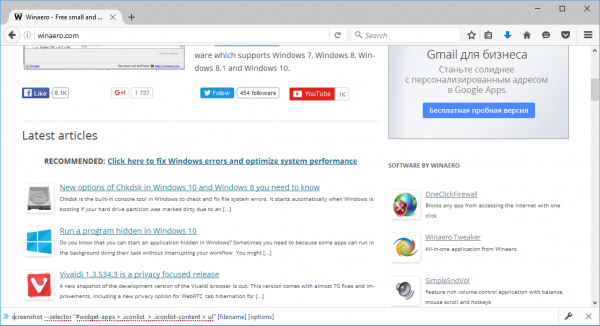 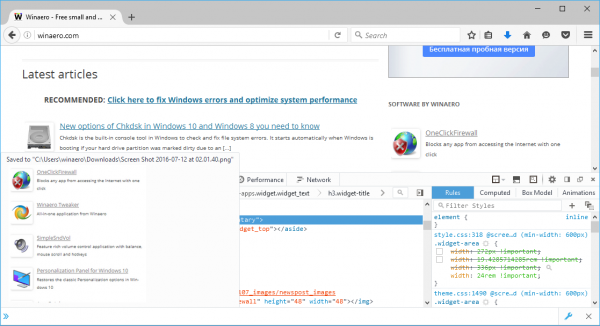 The second method is useful for web developers who know the exact DOM element path. The average user will obviously prefer the first method to take the screenshot of a specific web page element.