Lately, newer Windows 10 builds have included a new Recycle Bin icon that replaces the old well-known icon from Windows Vista.
The old one looked like this: 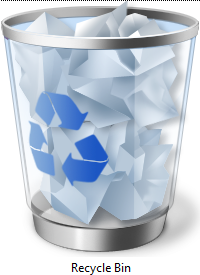 Microsoft changed that icon to this: 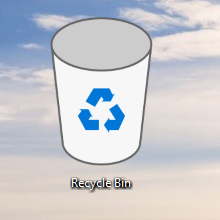 However, there was much furor and controversy over it. Lots of people started to complain about the new Recycle Bin icon (although I don't see what the big deal is since it is customizable). Microsoft got mostly negative feedback about Windows 10 icons and so they finally decided to replace at least the Recycle Bin icon.