You can set tabs aside in Microsoft Edge in Windows 10 Creators Update. This new feature allows you to create tab groups in Edge which can be restored later or added to Favorites. Let's explore this useful addition to the Edge browser.

The ability to set tabs aside in Microsoft Edge was implemented in Windows 10 Creators Update starting with build 14997 which leaked recently. This allows you to have tab groups in Edge which are saved between browsing sessions.

In the updated user interface, Edge has 2 new buttons in the top left corner to manage your tabs. One of them can be used to set aside a group of tabs and the other can be used to restore them later or add them to Favorites directly.

Here is how to use the Set Tabs Aside feature in Microsoft Edge.

Open all the tabs you want to organize in a group. For example, it can be those sites which you start with your daily browser session. 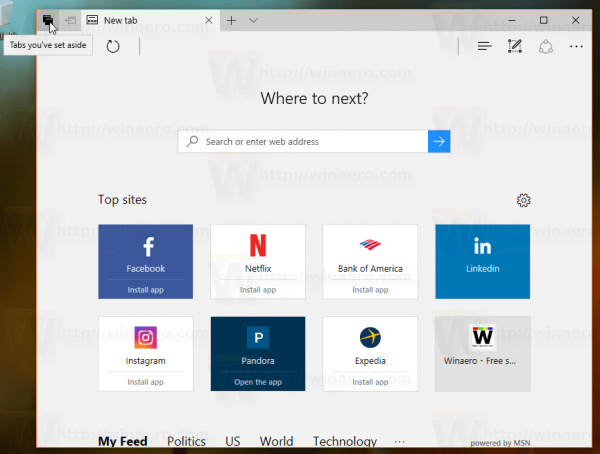 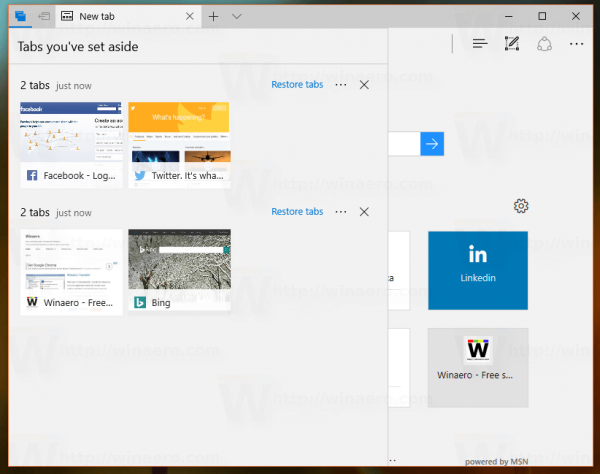 Each group has the link "Restore tabs" on the left. Once you click it, all the tabs in one group will be opened at once. 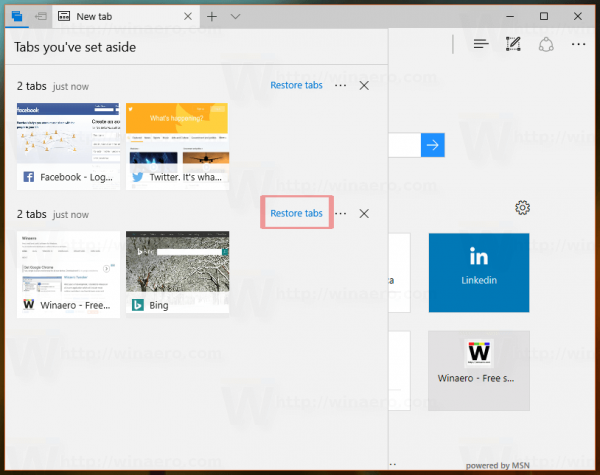 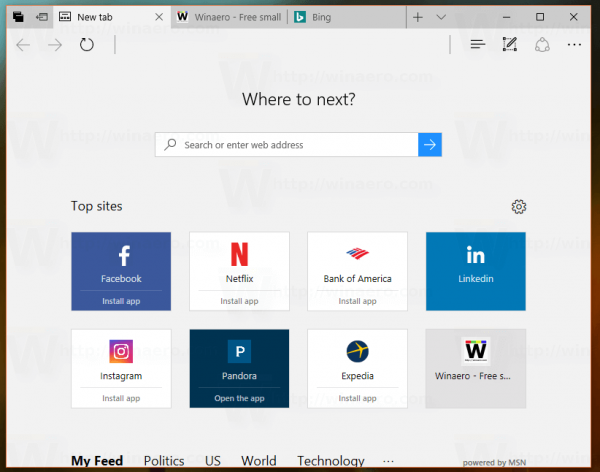 There is also the ability to add the entire tab group to Favorites. On the right of the tab group's title, there is a button with three dots. It shows an additional menu with the "Add to favorites" command. 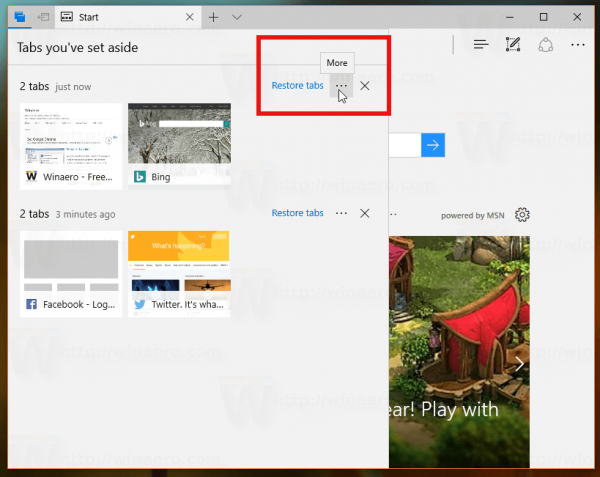 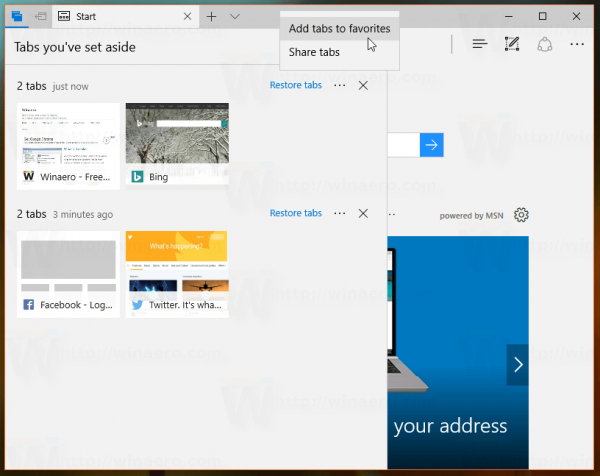 Once you click it, a new folder inside the Favorites menu of Edge will be created. It will be named as "Tabs from <date>". See the following screenshot: 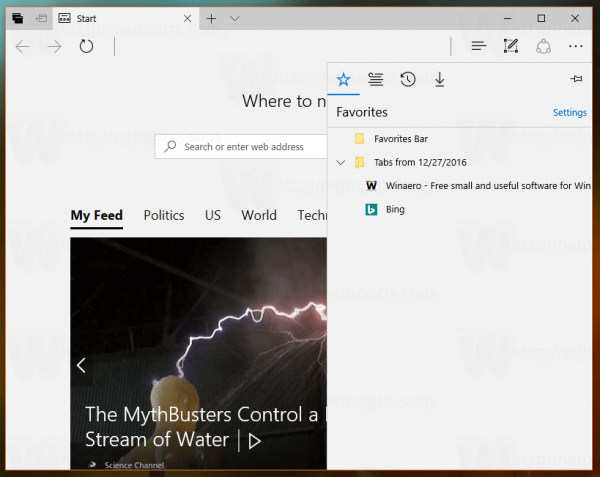 Keep in mind that Windows 10 build 14997 comes with a very early version of this Set Tabs Aside feature in Microsoft Edge. It might change drastically in the final version of Windows 10 Creators Update, which is expected in March 2017.

1 thought on “Set Tabs Aside in Microsoft Edge (Tab Groups)”