As you may already know, every device in your computer needs a driver. It can be a built-in driver in Windows 10, or it can be a third party driver published in the Windows Update catalog, installed by the OEM or by the user manually from the vendor's media or from a web site.

A new version of a driver usually improves the functionality of the device and fixes issues which were present in the previous driver version. But sometimes, a newer version gives more issues with the device and might make it unusable.

In this situation, you may want to roll back the problematic device driver. This will uninstall it and restore the previously installed driver, so you can wait for the next version of the driver to become available. Device driver rollback feature was introduced in Windows XP and has been included in every release ever since.

To Rollback A Driver in Windows 10, you need to open Device Manager. You can open it as follows.

In Device Manager, navigate to the required device group and expand it. For example, if you want to rollback the driver of your graphics adapter, then you need to expand the group named "Display Adapters". 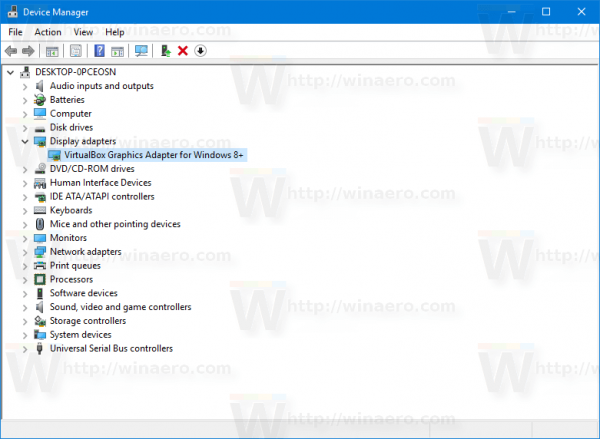 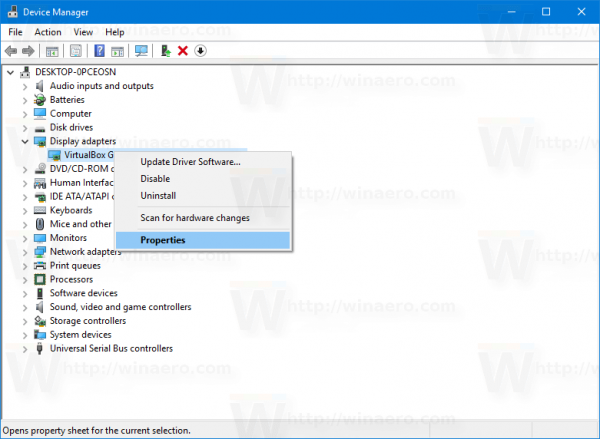 In the device properties dialog, go to the Driver tab. There, you will find a button named Roll Back Driver. 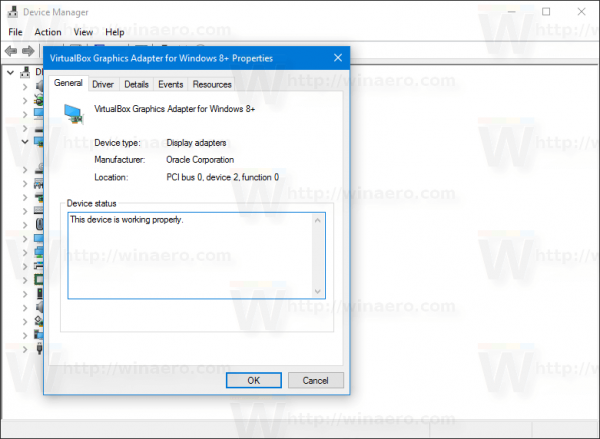 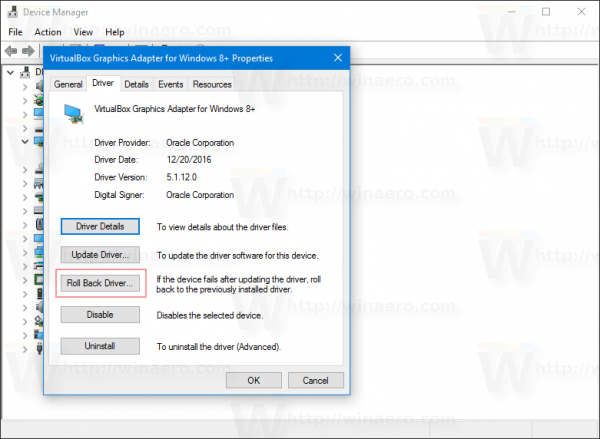 The next dialog, "Driver Package rollback", comes with a number of options to collect feedback on why you are rolling back the driver. Select the appropriate reason and click "Yes" to confirm the operation. 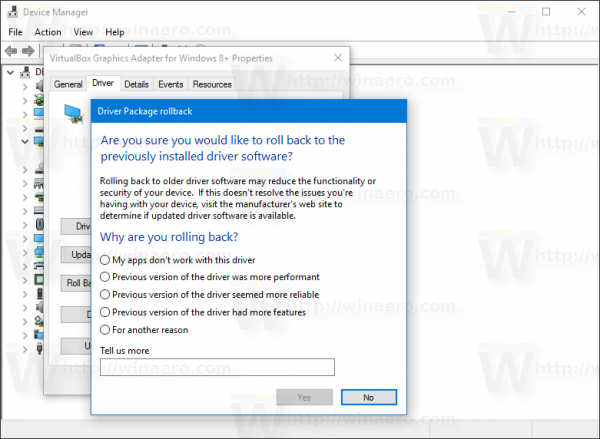 You might be prompted to restart your computer to switch to the previous version of the driver.

Once you are finished rolling back the driver, you may want to exclude drivers from being installed via Windows Update. Here is how: Exclude Drivers from Updates in Windows 10 Creators Update.