New information has become available about the upcoming feature update for Windows 10. Currently known as Redstone 2, it seems it will be officially called Windows 10 version 1703. The recently released Windows 10 build 14946 indicates that this will be the final name, following similarly named earlier releases.

In build 14946, there are several mentions of version 1703. This means Windows 10 Redstone 2 could be released in March 2017, which is the third month of 2017. See the following screenshot of the Group Policy editor app: 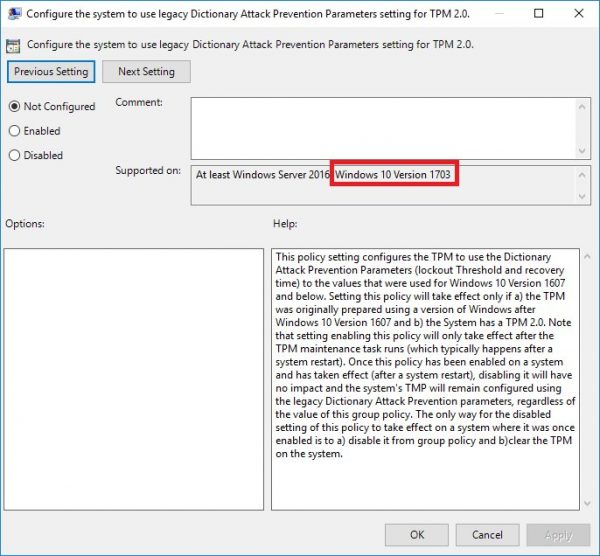 For Windows 10 versioning, Microsoft is using the first two numbers to specify the year when the update was released and the last two digits to indicate the month. For example, the recently released "Redstone 1" build 14393 is version 1607.

The Redstone 2 name is just a codename for the update. As usual, Microsoft will announce the official name as it nears completion. Stay tuned.