PowerShell is an advanced form of command prompt. It is extended with a huge set of ready-to-use cmdlets and comes with the ability to use .NET framework/C# in various scenarios. If you have the skill to write scripts, you can create some very powerful ones to automate Windows. For regular users too, it can be a handy tool to perform administrative and maintenance tasks. It looks like Microsoft has decided to make it open source.

As seen in the tweet above, Tom Hounsell and WalkingCat, both well known Windows enthusiasts, spotted the signs of the upcoming change. "PowerShell is an open-sourced, cross platform, scripting language and rich object shell." says the package metadata description.

The github link mentioned in the tweet looks as follows:

But it is not alive yet.

Earlier, Tom Hounsell got a working instance of PowerShell running on Mac OS X and Linux: 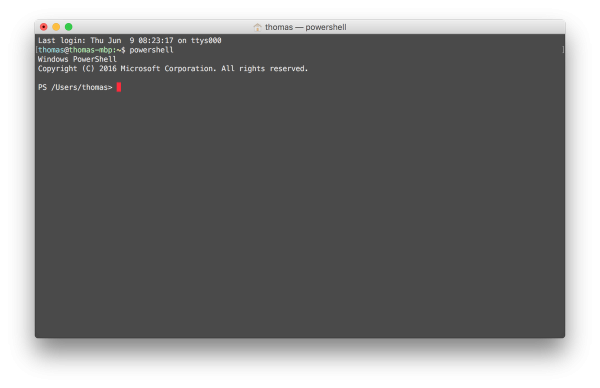 What do you think about this move by Microsoft? Do you need PowerShell on Linux or Mac?