Microsoft is currently working on a new user interface for the Outlook desktop app. The change is coming to Office 2019, which is in development as of this writing. Microsoft is trying to give the app a modern, extremely simplified look with less features in the UI compared to what previous versions of Outlook have.

Another goal is to unify the appearance of the app with modern Outlook mobile apps on Android and iOS and with the next generation of Outlook.com, which recently got a similar streamlined appearance.

Microsoft has shown a new screenshot of the upcoming UI for Outlook on Windows. Here is how it looks: 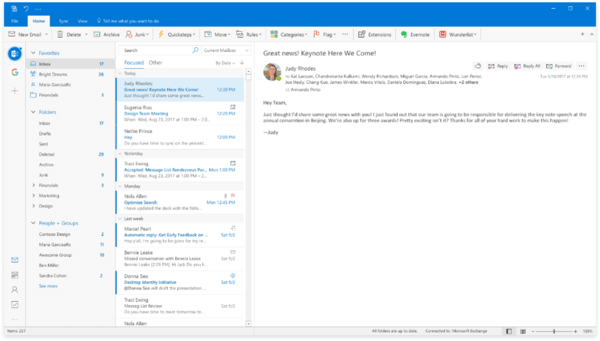 The Ribbon is now completely customizable, and the overall appearance of the app looks clean and beautiful. As mentioned above, the new user interface borrows the ideas and solutions available in mobile and web apps.

Microsoft is going to bring a refreshed user experience for Outlook on Mac. The new design looks similar to alternative email clients available for the Mac, so Microsoft calls the new look as "authentically Mac". Here’s a screenshot: 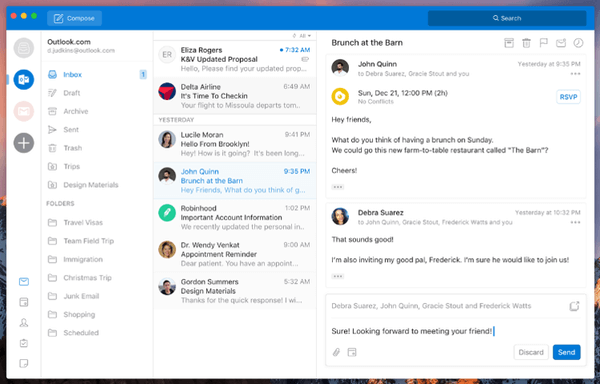 Besides these UI screenshots, there is no information about new features of the redesigned Outlook on the desktop. The exact release dates aren't announced either. We are expecting to see them in Office 2019, which should be released next year.