OneDrive, a cloud-based storage solution from Microsoft, is a solid option for those who want to back up photos and videos. The service offers lots of different options to store and manage photo libraries from any of your devices. Moreover, it supports additional features, such as Apple's Live Photo, 8K video, etc. With the latest update, Microsoft introduced a simple photo editor for OneDrive.

Starting with OneDrive for Web and OneDrive for Android, the service now offers basic image editing tools. You can crop images using a set of prebuilt options: 1:1, 9:16, 16:9, 4:5, 3:4, 3:2, etc. If those ratios do not fit your needs, there is a custom cropping option. Besides, you can flip photos by 90, 180, or incremental degrees. Finally, there are new color adjustments, such as brightness, exposure, contrast, highlights, shadows, saturation, warmth, and tilt. Once you have done editing your photo, you can quickly compare the result with the original image. 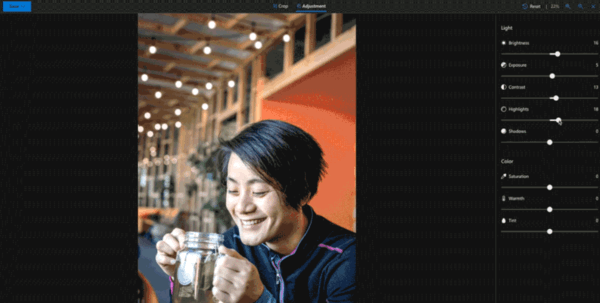 For now, the image editor for OneDrive is rolling out for users with personal Microsoft accounts on Web and Android. As usual, Microsoft prefers a staged rollout, which means new features appear gradually, not immediately for all users. To access new image editing tools in OneDrive, you need a smartphone with Android 6 or higher with the app version 6.3 and higher. Do also note that you can only edit JPEG and PNG files. There is currently no support for other image formats. 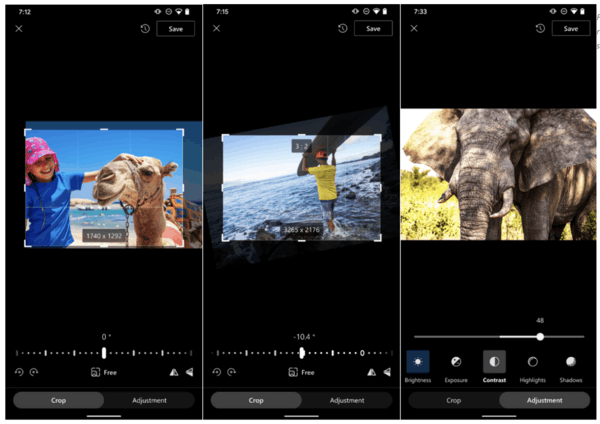 As for iOS, the company promises to release the same update later this year. Also, this summer, Microsoft plans to enable an image editor in OneDrive for school and work accounts.

The image editor is not the only new feature in OneDrive for Android. The app now supports casting media to a nearby Chromecast or TV. Besides, OneDrive for Android will soon be able to sort your images by sources. That will make it easier to filter photos, memes you received in a messenger, screenshots, etc. OneDrive will automatically create folders based on the upload source.

While the image editor is now rolling out to OneDrive for Android, improved sorting is not available just yet. Microsoft promises to bring it to your smartphone in about two months.

You can read more about the latest additions to OneDrive's feature set on the Tech Community forum.