Nowadays, every modern browser has a picture-in-picture mode. It allows the user to move a video from a web page into a small always-on-top window. Chrome, Edge, Firefox, and other browsers let you also manage playback using simple media buttons, such as play/pause. About a year ago, Mozilla started working on an improved version of picture-in-picture in Firefox. The needed infrastructure is now available in Firefox Nightly, the earliest version of Firefox, where Mozilla tests new features and capabilities. 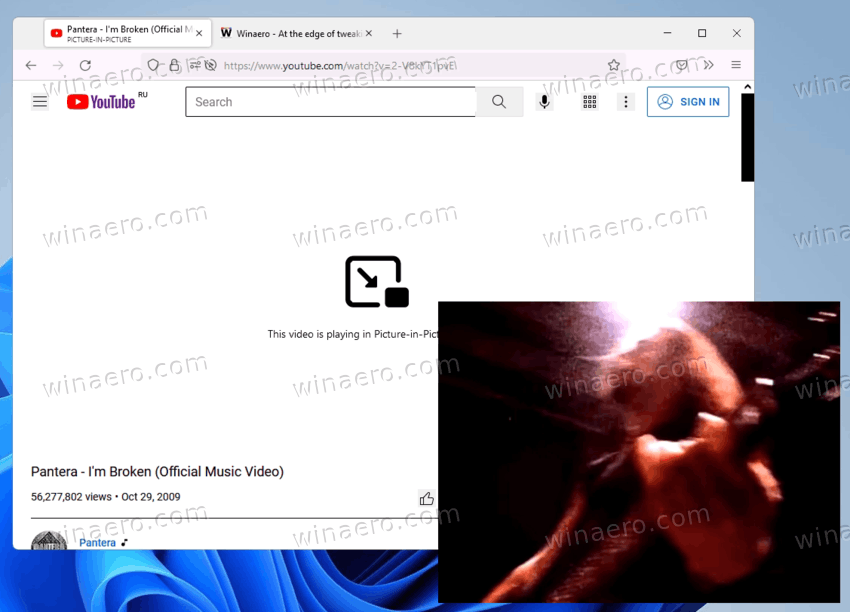 Mozilla wants to provide users with site-specific media controls for the picture-in-picture mode in Firefox. Although an improved picture-in-picture mode will be more convenient in terms of platform-specific features (Mozilla uses a mute button on YouTube as a proof-of-concept), the main idea behind the project is to make PiP more reliable. According to a post on Bugzilla, global media controls in Firefox do not always work well on all websites. For example, on Netflix, changing the playback time may stop a video altogether. Future versions of Firefox with site-specific controls for PiP will reduce the chances of encountering a similar bug.

Mozilla Foundation says future Firefox updates will bring four website-specific controls for media playback in picture-in-picture. These include YouTube, Netflix, Amazon Prime Video, and another unnamed service. The is currently nothing to test in Firefox Nightly, as the latest version contains only under-the-hood bits and pieces for the feature to work.

In case you missed it, Mozilla is working on Windows 11-styled scrollbars in Firefox. Besides, developers plan to change how the browser handles downloads—future Firefox versions will switch to automatic downloads and stop asking the user whether to save or open a file.