Windows 11 is now available to the public, which means more people switch to the newest operating system from Microsoft. The rollout is going mostly fine and without major incidents. Still, some Windows 11 users have problems with memory leaks in the new File Explorer. The good news is that Microsoft is aware of the problem and works on fixing it.

A Microsoft engineer responded to a post on Feedback Hub where a Windows insider complained about uncontrollable RAM leaks. According to Jennifer G, Microsoft has implemented some improvements to optimize resources consumption in Windows 11 22000.120. Unfortunately, those optimizations seem not to work because users report high RAM consumption on Windows 11 22000.194. In a follow-up, Jennifer G clarified that more fixes are now available in build 22454. 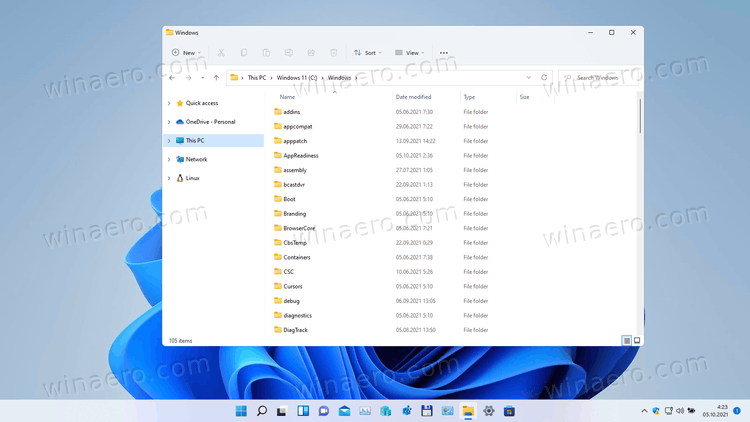 Unfortunately, build 22454 is available in the Dev channel of the Windows Insider program. Unless Microsoft brings the needed fixes to Windows 11 in cumulative updates, it might take up to a year for changes in the next version of Windows 11 to arrive in the stable channel.

If your PC suffers from memory leaks in File Explorer, you may want to try a temporary workaround. Some Windows 11 users report launching folders in separate processes fixes high RAM consumption in Windows 11.

Memory leaks are not the only problem you might encounter after upgrading to Windows 11. Recently, AMD warned its users about potential performance downgrades due to significantly increased L3 cache delays on systems with compatible AMD CPUs. Microsoft and AMD are now preparing a fix, which should arrive later this month. Microsoft also has a list of known issues in Windows 11 that prevent some users from getting the operating system via Windows Update.