Yet another new feature made its appearance in the Chromium-based Microsoft Edge app. The Microsoft Translator service is now integrated with the browser, making installation of a dedicated extension redundant.

Microsoft Translator is a multilingual translation cloud service created and maintained by Microsoft. Its engine is used in various products of the company, including Bing, Microsoft Office, Microsoft Edge, Skype, and more.

Speaking of Edge, its 'classic' version doesn't include a native option to translate web pages. Microsoft had released a separate extension to integrate Microsoft Translator with the browser.

Chromium Edge is receiving a native feature that brings Microsoft Translator to the browser instead of the Google Translator service which is disabled in this new Edge app.

The Microsoft Translator icon appears in the address bar, in the main menu of the browser, and is also available in the context menu of a page. 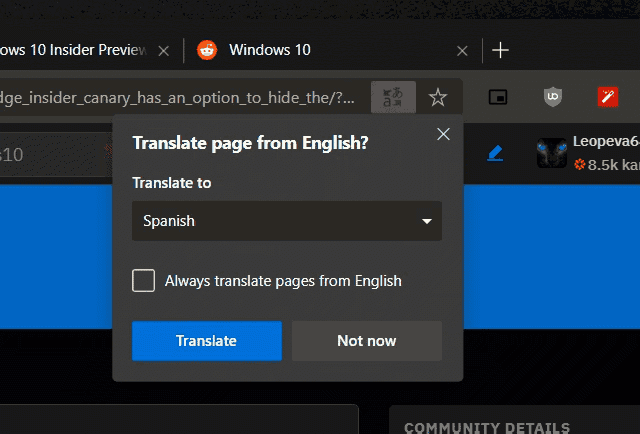 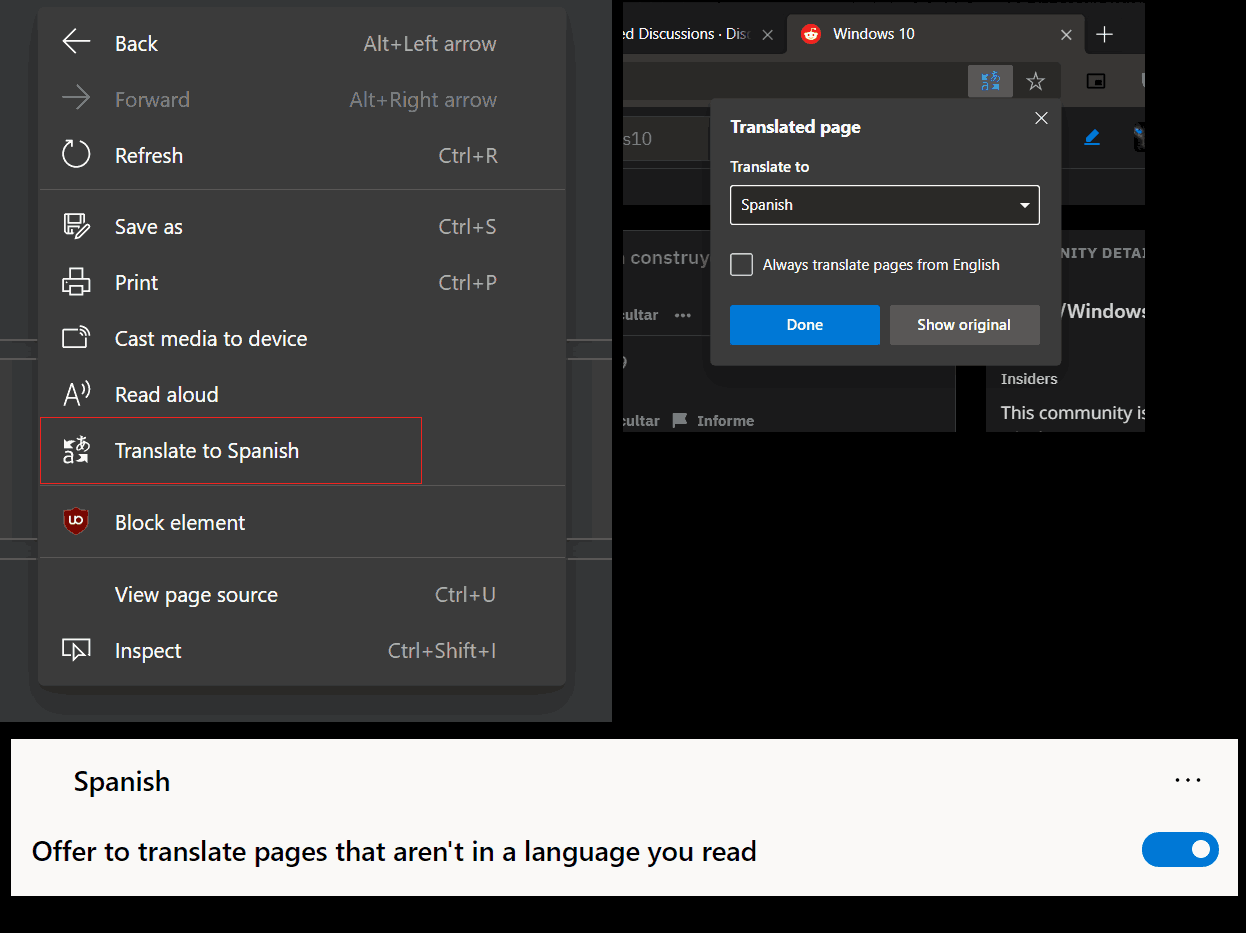 Clicking on the option opens a dialog that allows choosing the desired language to translate the open page. The implementation is similar to Google's native option, the difference is in the backend service only.

At the moment of this writing, the most recent version of Microsoft Edge Chromium is 75.0.125.0. Unfortunately, it doesn't display the translation option here. It is quite possible that it has been rolled out to a select group of Insiders. Let's wait for an official announcement of this feature. 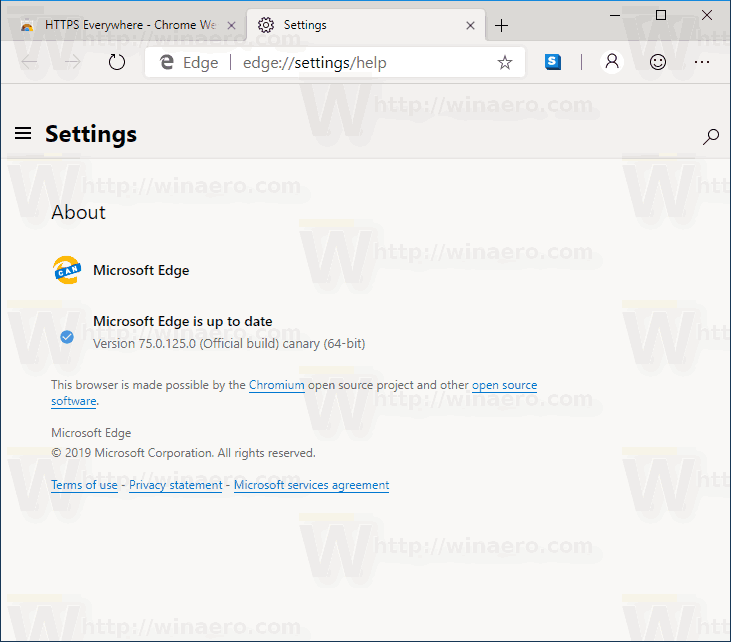 Unfortunately, there is no change log available for the Canary Channel of the browser.

Microsoft has made available for download a number of pre-release Edge versions based on Chromium. At the moment of this writing, the browser is available in a Dev Channel and a Canary Channel.