Sets is the most exciting feature of the upcoming Windows 10 version. It is the implementation of the tabbed shell for Windows 10 which will allow app grouping exactly like tabs in a browser. Unfortunately, Microsoft took Sets offline and removed them from the recently released Windows 10 Build 17704 'to continue making it great'.

The much-anticipated Sets feature was removed from build 17704 with the following note:

Thank you for your continued support of testing Sets. We continue to receive valuable feedback from you as we develop this feature helping to ensure we deliver the best possible experience once it’s ready for release. Starting with this build, we’re taking Sets offline to continue making it great. Based on your feedback, some of the things we’re focusing on include improvements to the visual design and continuing to better integrate Office and Microsoft Edge into Sets to enhance workflow. If you have been testing Sets, you will no longer see it as of today’s build, however, Sets will return in a future WIP flight. Thanks again for your feedback.

When enabled, Sets will allow combining windows from different apps in a tabbed view. They look like regular web pages with each open tab in Microsoft Edge representing an app. See the following screenshot: 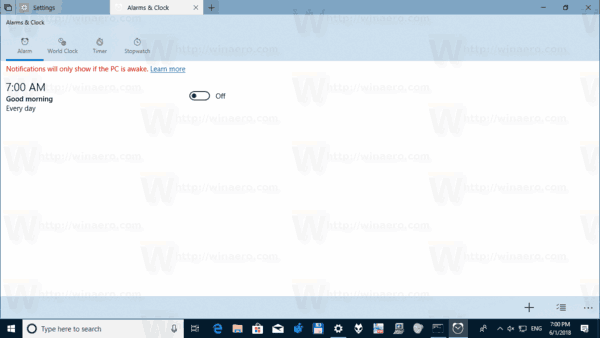 The user can add a new "app tab" by pressing the Ctrl key while launching the app. It will be possible to have multiple "app tabs" along with "web tabs" in a single window.

It is not known when we shall see the Sets feature again. While many of us expect Sets to be included in the final version of Redstone 5 (version 1809), there is no official confirmation about this. Microsoft has not committed to releasing it with Redstone 5 or declared a final date for shipping the Sets feature. It will be delivered when it's ready. Also, Sets could be a tentative feature name. The final name is likely to change.