As you may remember, in Windows 10 version 1809 Microsoft added the ability to remove the contents of the Downloads folder associated with your user profile. This could be done with both Storage Sense and Disk Cleanup (cleanmgr.exe). Windows 10 build 19018 changes this.


While the official change log for Windows 10 build 19018 doesn't mention the change, the ability to clean the Downloads folder has been silently removed from the latest 20H1 build released to Fast Ring insiders. 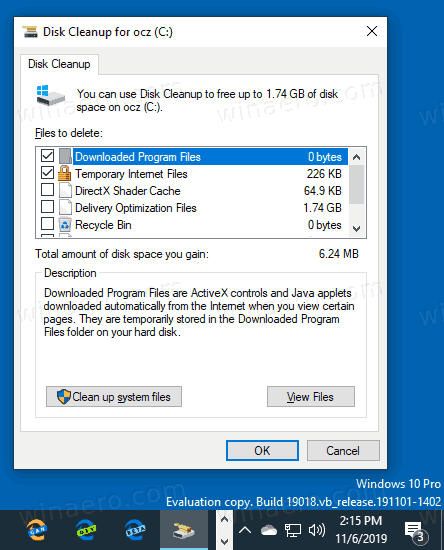 It is interesting that the automatic Downloads cleanup feature remains available in the Settings app. 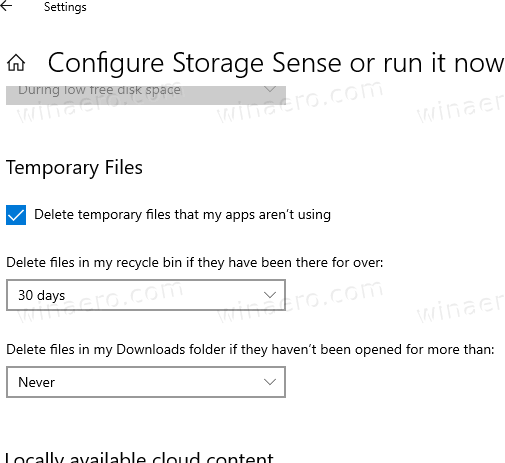 While it can be just a bug, it is more like Microsoft is removing this feature from the OS. Many users find it controversial, since it allows accidentally deleting important data downloaded from the Internet when you are trying to clear your drive from temporary files and redundant Windows Update archives.

Also, Microsoft has discontinued the classic cleanmgr.exe app in favor of Storage Sense, so there might be an issue with the app due to recent changes in the OS, that's why the 'Downloads' item has been removed from the GUI.

For advanced users, Disk Cleanup has several advantages over the Settings app. For example, you can create presets to run them later. If you read the article "Disk Cleanup (Cleanmgr.exe) Command Line Arguments in Windows 10", you might be already familiar with two command line arguments: /SAGESET and /SAGERUN.

Also, there is a useful option, /LOWDISK, which allows starting cleanmgr.exe with all items checked.

We are expecting Microsoft to provide some information on the official Windows blog.

What do you think about this change? In your opinion, should the Disk Cleanup app in Windows include the ability to delete the contents of the Downloads folder?

Personally, I always move all the important files out of the Downloads folder once I download them, so it stores only files that can be safely deleted. So I am unhappy with this change.