Microsoft today made available for download a number of pre-release Edge versions based on Chromium. At the moment of this writing, the browser is available in a Dev Channel and a Canary Channel.

As you may already know, Microsoft Edge, the default web browser of Windows 10, is moving to a Chromium-compatible web engine in the Desktop version. Microsoft explains that the intention behind this move is to create better web compatibility for customers and less fragmentation for web developers. Microsoft has already made a number of contributions to the Chromium project, helping to port the project to Windows on ARM. The company promises to contribute more to the Chromium project, and to release its preview version soon.

It is interesting that this Chromium-based Edge browser is also coming for Windows 7, Windows 8 and Windows 8.1.

It looks like Microsoft is not going to make the new browser available for Linux.

Another interesting thing is that some users were managed to get these 'Windows 10' builds working under Windows 7. 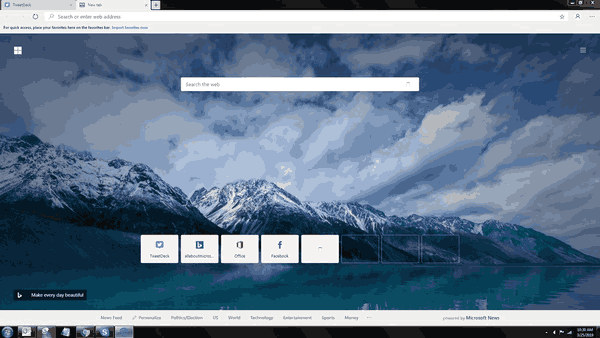 The released build versions are as follows:

To download the app, point your web browser to the following page:

While the download page tells that the Beta version is not available/coming soon, you can modify the URL parameters and replace the Canary or Dev portion with Beta to get a working download link for the Beta version of the Edge browser. For example, you have the following URL:

Replace the blue portion with Channel=Beta to get the following link:

Finally, there are a couple of pre-release Chromium-based Microsoft builds that were unofficially released recently. Check out:

Also, there is a browser extension available to Insiders: