Microsoft today introduced a new feature for IT Pros, layered Group Policy. This new feature allows configuring which devices can be installed on machines across your organization and which are prohibited. 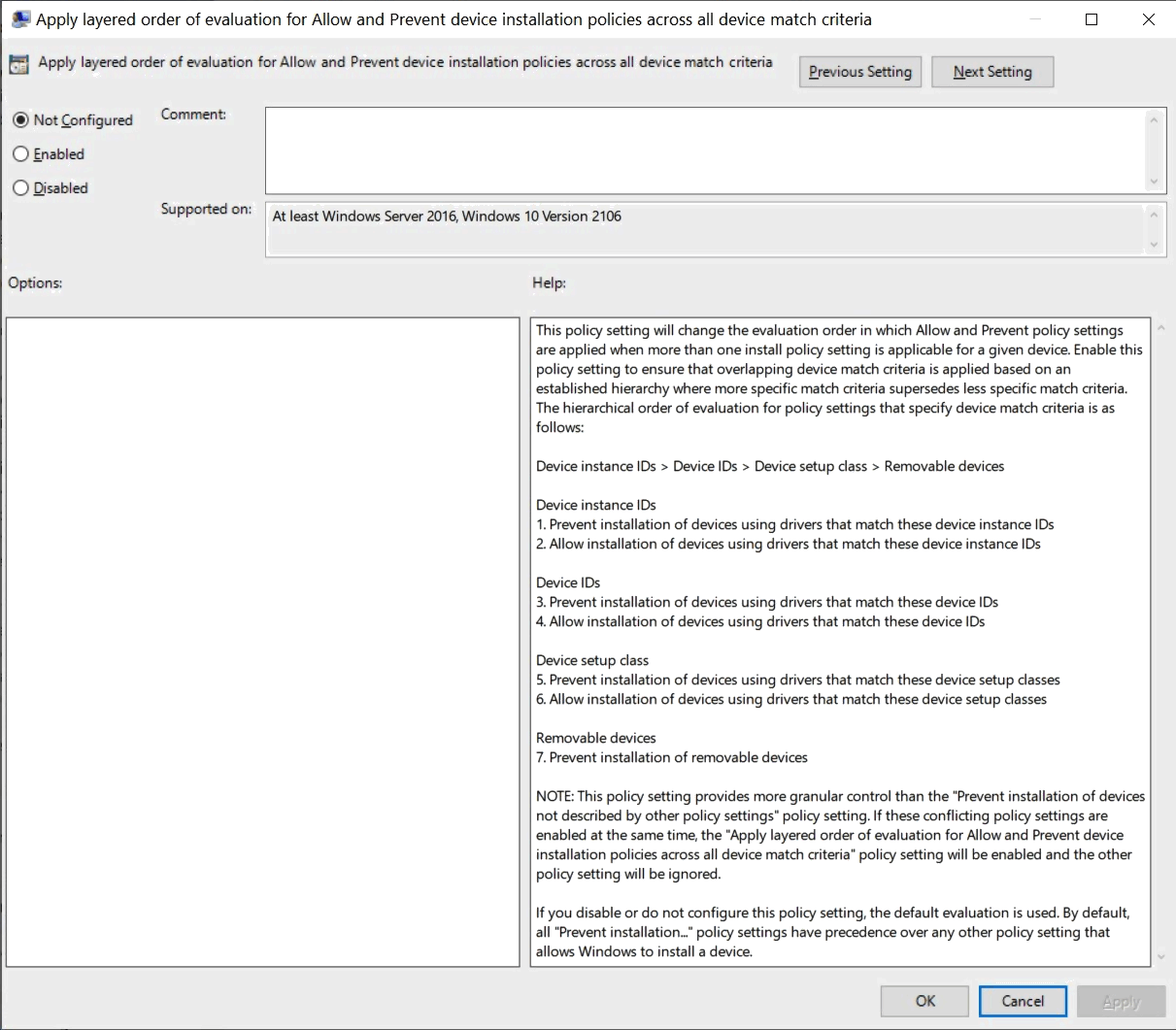 Winaero readers must be familiar with this new policy, which was first spotted in Windows 10 version 21H2.

The existing device restriction policies operate with device identifiers, which the operating system can recognize, including class, device ID and instance ID). The allow list, which is written by the system admin, contains sets of identifiers that represent different devices – this way a system understands which device is allowed and which is blocked.

By adding the new layered Group Policy to the existing device installation policies, Microsoft makes this process much easier.

Device ID ranking works like a priority value. If all USB classes are restricted by Group Policy, one or more USB devices in the allow list will be ranked higher. However, the list of permitted devices will only be counted when a device from the allow list is connected to the computer.