Alongside a new preview build of Windows 11, Microsoft announced a significant update to Windows 11 minimum hardware requirements. The company has been blocking old Windows 10 PCs from downloading preview Windows 11 builds, allowing the new system to run only on devices with Intel 8th / AMD Ryzen 2nd gen CPUs and up. Following users' discontent with hardware requirements and evaluating data from early testers, Microsoft decided to backtrack some of the compatibility rules. Now, any Windows 10-compatible PC can run Windows 11 without significant limitations. 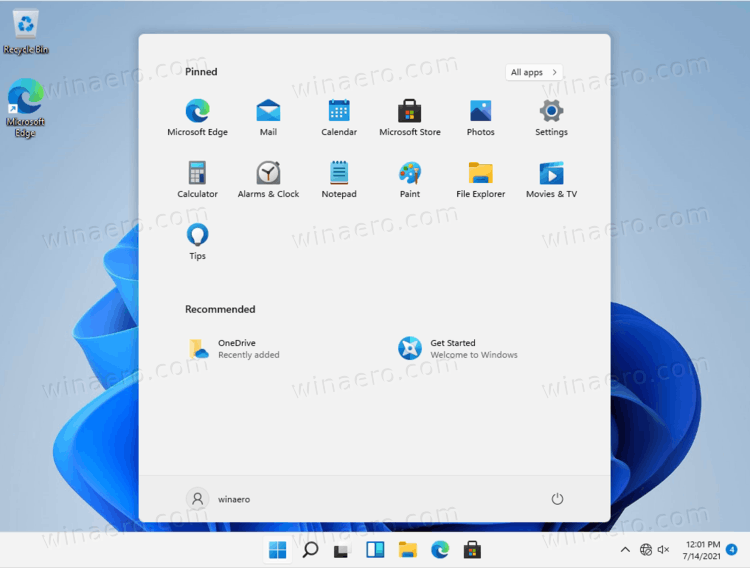 Contents hide
CPU support
You may not receive updates, any of them
Automatic upgrades from Windows 10

Microsoft says Windows 11 is fully compatible with devices running Intel Core 7820HQ with DCH drivers (that is the processor you can find in Surface Studio 2), Intel Core X-series, and Xeon W-series CPUs. As for the first-gen Ryzen processors, Microsoft says those CPUs do not support Windows 11. Again, officially.

When it comes to upgrading PCs with unsupported processors to Windows 11, Microsoft says users are free to clean-install the system using official ISOs. If your computer has a 64-bit CPU with two cores running at 1GHz, 4 GB of RAM, and 64GB of storage, you are good to go.

You may not receive updates, any of them

After the news was published on The Verge, Microsoft contacted them to talk about one thing that was not mentioned in the announcement. The company points that users who manually upgrade to Windows 11 may not be eligible to receive updates for Windows, including those related to security. The Verge has asked Microsoft for clarification, but there is no response yet.

So, a clean install or manual system update will not take into account processor generations, which means your PC needs to meet the following requirements:

Users of such devices usually bypass the TPM 2.0 requirement by modifying the ISO image of Window 11

Although Microsoft now lets users clean install Windows 11 on unsupported hardware, the company will not offer automatic upgrades from Windows 10 to Windows 11 on such computers. That means millions of computers will continue running Windows 10 with users not bothering reinstalling their systems. Despite the upcoming release of Windows 11, Microsoft does not plan to ditch Windows 10 right away. According to the official documentation, Microsoft will continue providing active support until October 14, 2025.

For those running Windows 10 and planning to upgrade to Windows 11 once the latter is out, Microsoft will soon release an improved Windows 11 compatibility checker with better explanations of why some systems might not run Windows 11. The tool will provide more information about TPM, Secure Boot, UEFI, and the list of supported CPUs. 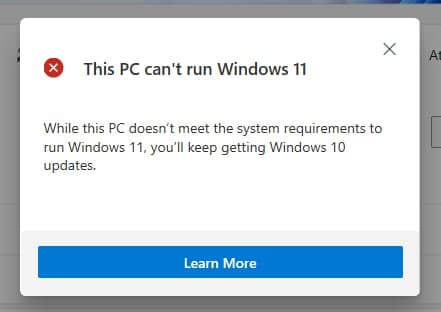 Instead of simply stating “Your PC is not supported,” it will be able to detect improper configurations and tell users about the need to change BIOS/UEFI settings before getting Windows 11.

Some manufacturers are already shipping new BIOS versions that configure systems to receive Windows 11. Right now, the updated PC Health Check app is available to Windows Insiders for initial testing. It works on devices with 64 and 32-bit Windows, Windows on ARM, and Windows 10S.

You can read more about changes in Windows 11 minimum hardware requirements in the official Windows Blog.