Traditionally, the Start menu and the taskbar were part of explorer.exe since very first Windows versions of Windows. But things has changed in Windows 10.  First, the Start menu has got its own process. Now with Insider Build 21343 the taskbar has become an external component.

Microsoft has already implemented the Start menu and search as external components which no longer integrated into the Windows Shell, which is the Explorer.exe process. Microsoft points this improves stability and reliability of the OS.

In the latest Insider Preview build of Windows 10, there is a hidden option, found by Albacore,  to move the taskbar out of the explorer.exe process. A new system component, Taskbar.dll, and its language resource file Taskbar.dll.mui can be found in the System32 folder, and they host the taskbar code. 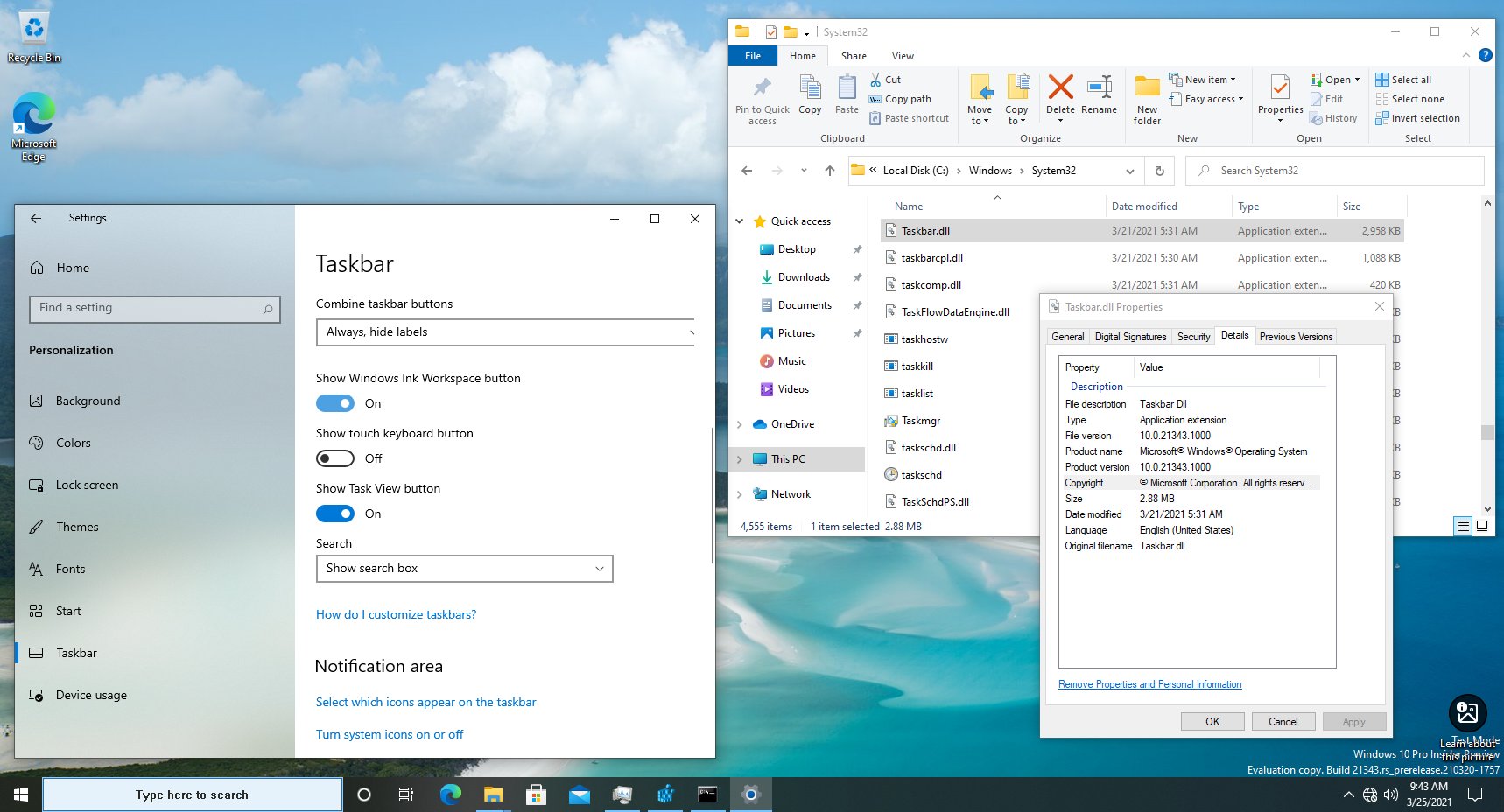 However, the new component is not loaded by default. It is a work in progress, and currently explorer.exe still performs its function to provide the taskbar. But we can guess that Redmond software giant will activate the change in the near future.

By separating Explorer functions into external components, Microsoft will be able to implement an alternative shell for Windows, and may start making Windows versions without the traditional desktop and File Explorer. It gives a chance for Windows to appear on new device classes which have less common features with traditional tablets and laptops.

In addition to this change, Microsoft is changing how Windows 10 stores and processes device drivers.