Microsoft is about to push more Universal apps in place of their good old Win32 counterparts. This time it is Microsoft Paint, which was completely replaced with the UWP-based application "Paint 3D".

Paint 3D is going to be a new Universal Windows Platform app and its user interface will be completely different from Classic Paint. It supports 3D objects and pen input. It comes with tools like markers, brushes, various art tools to help users create objects. The app has tools to transform 2D drawings into 3D objects. 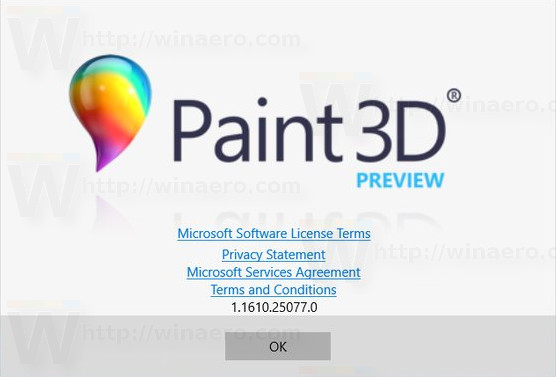 Once you install the recently released Windows 10 build 14971, you won't find the good old Paint app any more. Some users who install it using the build upgrade procedure, confirm that the classic Paint is gone.  Instead, its place is taken by Paint 3D.

Tip: see how to restore the classic Paint app in Windows 10 Creators Update:

Get Classic Paint back in Windows 10 Creators Update

While you can find a file named mspaint.exe in the system32 folder, that file is only a stub. It is a wrapper which launches the modern version of Paint. Microsoft left it for compatibility reasons. 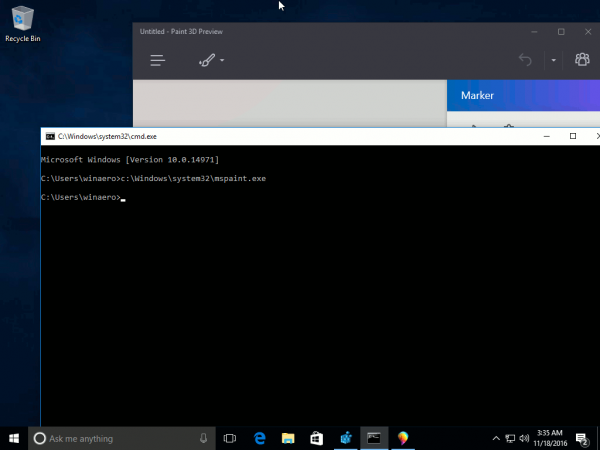 In my case, I did a clean install using an ISO image I built from ESD files and the Paint app was there until the first launch of Paint 3D. Once I launch Paint 3D, the classic app is gone.

Win32 programs which launched classic Paint for image processing tasks will be automatically redirected to the new app. The user will have to learn the new app and there is functionality missing in it which only classic Paint had.

While this can be considered an acceptable change for those who use Windows 10 only on touch screen devices, those using a mouse or a keyboard might not be happy with this change. They will not benefit much from the new app as its UI is hard to understand and overall, the Modern app has limited features.

So, what do YOU think of this change? Do you welcome the new app and find it an acceptable Classic Paint replacement?