Microsoft delivered a new Windows 10 build for participants of the Windows Insiders programs. A new build, 14251, is part of the Redstone 1 branch and features the version number jump we mentioned yesterday. Let's see what exactly has changed and what is new in the released build. 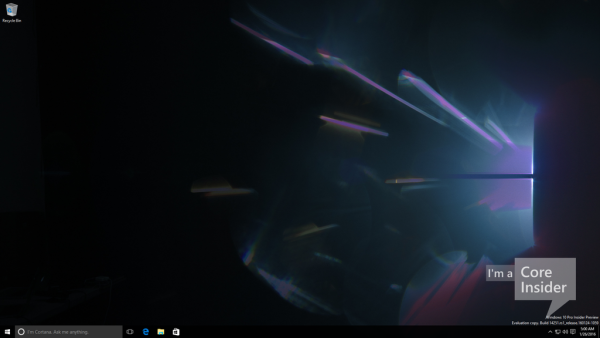 Finally, we got the answer about what the build number change actually means. Gabe Aul mentioned the following in the official announcement post:

Historically, the codebase for mobile had a different OS version than the codebase for PC because they were developed by different teams on different schedules. With Windows 10, we became one Windows team and brought these two codebases together. We started by changing the version string displayed in the UI to be consistent, which is why you saw similarly labeled builds over the past year for both Mobile and PC, but the underlying binary version numbers were still different. As part of our work getting the common codebase ready for the next release, we decided to complete that work and sync the build numbers between mobile and PC. Because the mobile codebase used higher build numbers than PC, we needed to jump ahead a bunch of build numbers to ensure updates to future builds will continue to work. So that’s why build numbers went from 11105, 11106, and 11107 to 14251.

So Microsoft has simply brought the desktop codebase in sync with the mobile codebase of Windows 10.

Regardless of the huge version number jump, this build still has no user interface changes or new features. Officially, Microsoft claimed the following change log:

These minor changes do not indicate us of what changes are happening under the hood. It is known that Microsoft is working on "OneCore", the core codebase of Windows 10 and Windows 10 mobile.

The list of known issues
Every build for Windows Insiders include a number of issues which may affect your work flow, stability and usability of the released version. Here is the list for Windows 10 build 14251:

Keep this list of issues in mind if you decide to use Windows 10 build 14251 as your primary operating system or in a production environment.