Today, we came to know that Microsoft has released Windows 10 build 10586, which is known as the November 2015 Update/Threshold 2 RTM to Windows Insiders on the Slow Ring. It should be available via Windows Update. The official ISO images will be available soon as well.

Last week, everyone who was on the Fast Ring of the Windows Insiders program got the new build 10586 of Windows 10. Now the same build has reached Slow Ring Insiders. 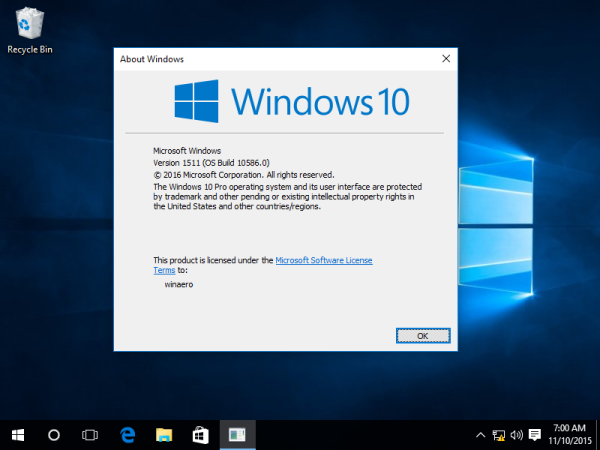 Windows 10 build 10586 is notable for having no watermark on the desktop. This indicates that it might be the final build of the Threshold 2 update.

Several sources have claimed that November 10th might be the official release date of Threshold 2 for the general public who has upgraded to Windows 10.

The official ISO files for build 10586 are not yet available. Microsoft should release them in "a couple of days" (via Neowin).