A new blog post on the official Windows blog has revealed Windows 10 May 2019 Update, along with plenty of changes made to the update delivery process.

Also, there are a number of changes made to the update delivery and installation process.

A new "download and install" option. In previous Windows 10 feature update rollouts, update installation was automatically initiated on a device once the telemetry data collected by the company gave them confidence that the device was compatible with the feature update. Beginning with the Windows 10 May 2019 Update, Windows Update is getting a new "download and install" option. 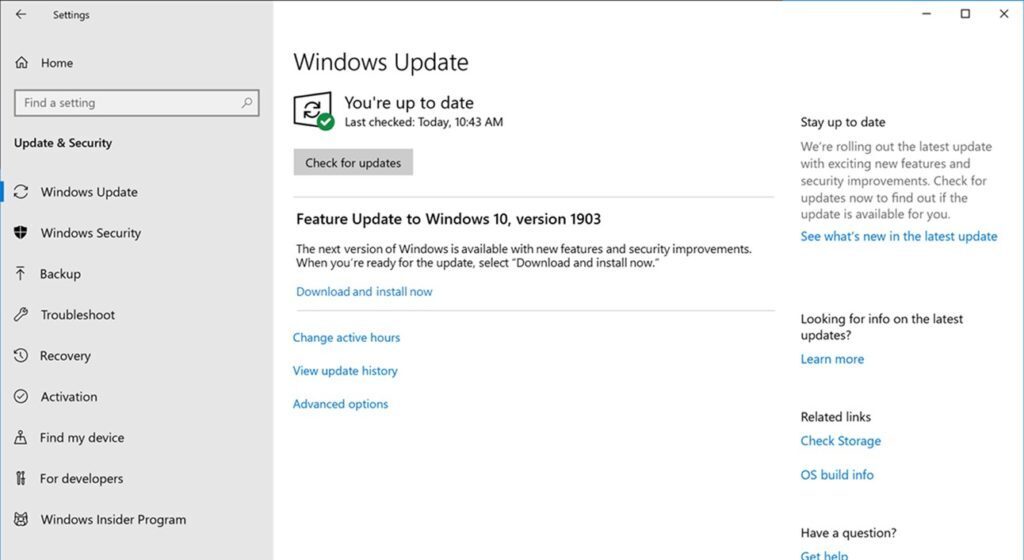 The Settings app will display a notification that an update is available and is recommended for your device. It is now up to the user to initiate when the update installs. When Windows 10 devices reach end of service, Windows Update will automatically initiate the feature update as keeping machines supported and receiving monthly updates is critical to device security and ecosystem health.

Improved update orchestration to improve system responsiveness. This feature will improve system performance by intelligently coordinating Windows updates and Microsoft Store updates, so they occur when users are away from their devices to minimize disruptions.

So, Windows 10 version 1903 "May 2019 Update" will spend an extra month in Release Preview, and general availability won't be until late May. It is the right move, as most users prefer to use a stable OS rather than a quickly released buggy build. Also, making Windows stop forcing feature updates on users is an important option many users were looking forward to, since the very first Windows 10 versions.

What do you think about these changes? Do you support Microsoft in their move? Tell us in the comments.