Microsoft is working with Google in the Chromium project to add the Windows Spellchecker API to Chromium-based browsers, including Chrome and Edge. The browsers will be able to use it on Windows 8.1 and above.Microsoft is positioning the built-in Spell Checker as modern, up-to-date engine which is good at recognizing new terms and brands. The following picture demonstrates what to they mean. 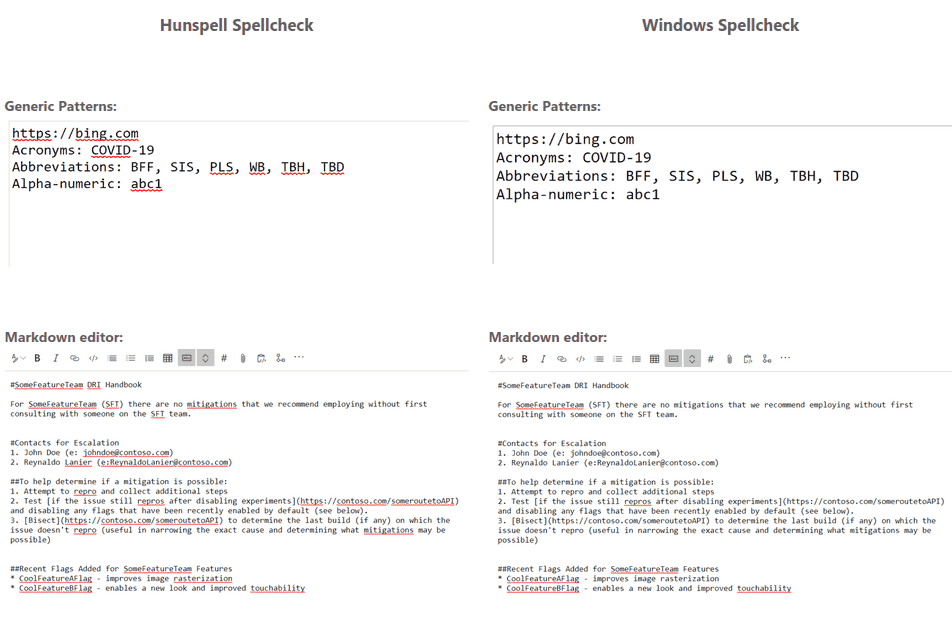 The open-source Hunspell Spellcheck library which Chromium uses as of now lacks support for emails, URLs, and acronyms. The Windows Spellcheck API solves this issue. 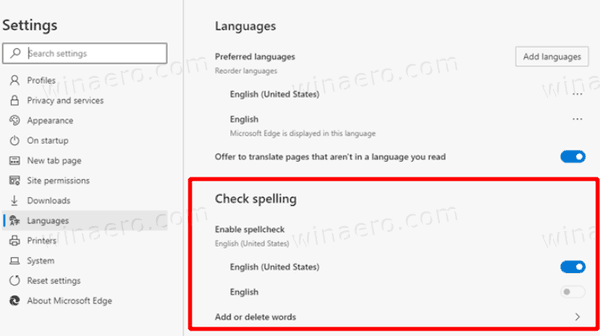 The Microsoft team has made the native Windows Spellchecker available in the Chromium-based browsers running on in Windows 10 and Windows 8 in addition to the default Hunspell spellchecker. The Hunspell spellchecker is an open-source project that powers many other products mostly popular on Linux, such as LibreOffice, Geany, Pidgin, and many others.

Windows Spellchecker will be automatically enabled for Windows users. It will use operating system's language settings.

According to Microsoft, the new API is already enabled and available in Edge 83 stable. For Google Chrome, you need to turn on a couple of flags to get it working. Check out