A new official announcement in the blog by head developer Clement Lefebvre reveals that Linux Mint 20.2 is code-named 'Uma.'  Its the beta version should be released in the middle of June. Linux Mint 20.2 will include a new app, Bulky, that allows batch rename files in both Cinnamon and MATE desktop environments.

The addition of the app is a high demand. There was no option in Nemo (Cinnamon File Manager app) and Caja (the file "explorer" app of Mate) to name your files. 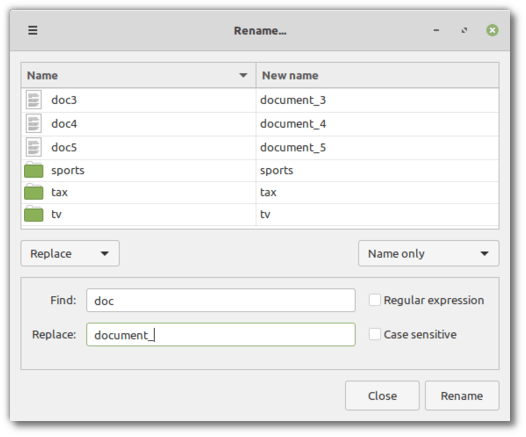 As for Xfce edition of Mint, its file manager, Thunar, has the bulk rename option for ages.

Besides the new app, Linux Mint 20.2 will come with

Linux Mint 20.2 is based on Ubuntu 20.04 LTS and will be supported until Spring 2025. It will be available as a 64-bit only OS in three editions with Cinnamon, MATE, and Xfce DEs.