The upcoming version of Linux Mint 18.3 is in active development. A new post on the official blog reveals a number of nice improvements which are coming to the OS. These include a refined user interface for the Software Manager app along with enhancements to various system components.


The key features revealed in the official announcement are as follows.

First of all, Cinnamon, the flagship desktop environment of Linux Mint, gained support for Hybrid sleep.

The login screen is more configurable than earlier. Options were added for automatic login as well as the ability to hide the user list and enter user names manually (this is useful for LDAP users). Panel indicators can be enabled/disabled and now show tooltips. And last but not the least, the Slick Greeter package now works with the numlockx app.

The built-in Software Manager GUI app is getting a refined user interface. As of this writing, it looks as follows in Linux Mint 18.3. 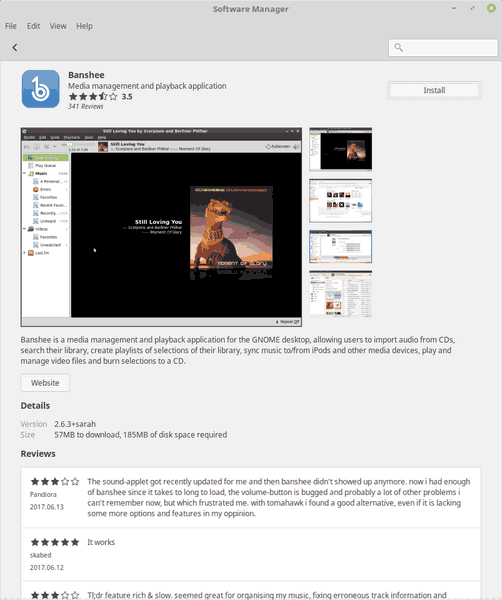 Development is still in progress. The official announcement highlights the following.

3 thoughts on “Linux Mint 18.3 is Getting a Revamped Software Manager”