If you recently bought a new PC or assembled one yourself with a new CPU and decided to install Windows 7 or Windows 8.1 on it, you will not be able to update these operating systems. Microsoft is not going to deliver updates for you any more. This was recently announced. A newly released set of patches brings the CPU detection feature to Windows 7 and Windows 8.1. 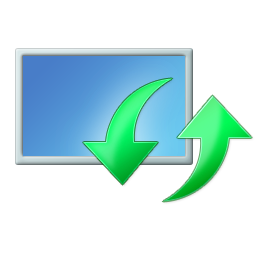 Notice the line Enabled detection of processor generation and hardware support when PC tries to scan or download updates through Windows Update.

Both updates will prevent your operating system from downloading and installing updates if you have one of the following CPUs:

If your PC has any of these CPUs and you have Windows 7 or Windows 8.1 installed, Windows Update will not work. This is regardless of the fact that drivers may be available for your combination of hardware.

The Windows Update service will report the following:

Unsupported Hardware
Your PC uses a processor that isn’t supported on this version of Windows and you won’t receive updates.

It will appear when you scan or download updates using the Windows Update service.

The Windows Update window will keep showing the following message:

Windows could not search for new updates
An error occurred while checking for new updates for your computer.
Error(s) found:
Code 80240037 Windows Update encountered an unknown error.

Microsoft explains this as follows:

Windows 10 is the only Windows version that is supported on the following processor generations ...

Because of how this support policy is implemented, Windows 8.1 and Windows 7 devices that have a seventh generation or a later generation processor may no longer be able to scan or download updates through Windows Update or Microsoft Update.

This is quite a disappointing move from Microsoft. Plenty of hardware vendors still support Windows 8.1 and Windows 7 and provide drivers for all modern hardware for them.

I wasn't able to verify if Windows Update continues to work on the above mentioned CPUs if these patches are not installed. But there is no doubt that Microsoft will block the ability, if not now, then with a new patch. It might even be mandatory at some point or bundled along with a security update. If you prefer Windows 7 or Windows 8.1 over Windows 10 and have a new CPU, then you are out of luck from now.