By default, File Explorer (Windows Explorer) opens all its windows in a single process. That process is called explorer.exe. Explorer.exe and its associated DLLs include all of the user interface in Windows - the taskbar, the Start button and the Start menu, as well as the Start screen in Windows 8. When something goes wrong in one of Explorer's windows such as a hang or a crash, it can cause the whole Explorer.exe process to be closed and restarted. All Explorer windows will be closed immediately, and the user interface (taskbar, Start button etc) disappears and loads again. Enabling Explorer to open separate processes for the file browser can improve the stability of the Explorer shell. Additionally, it is useful to test Registry tweaks you make as they will be applied directly because every new instance of Explorer will read its settings from the registry every time you open a new window. Let's see all the ways to start Explorer in a separate process.


To make Explorer open new windows in a separate process permanently, you need to enable the appropriate setting in Folder Options inside Control Panel. 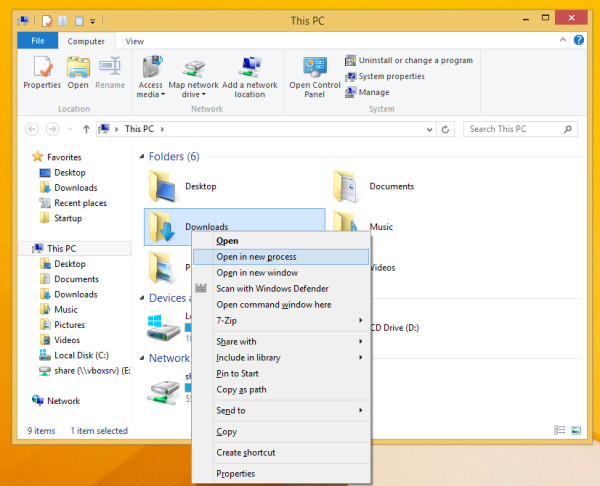 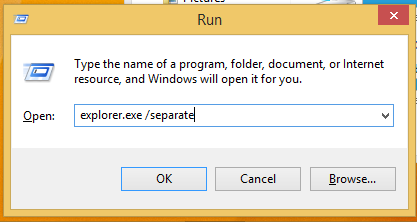 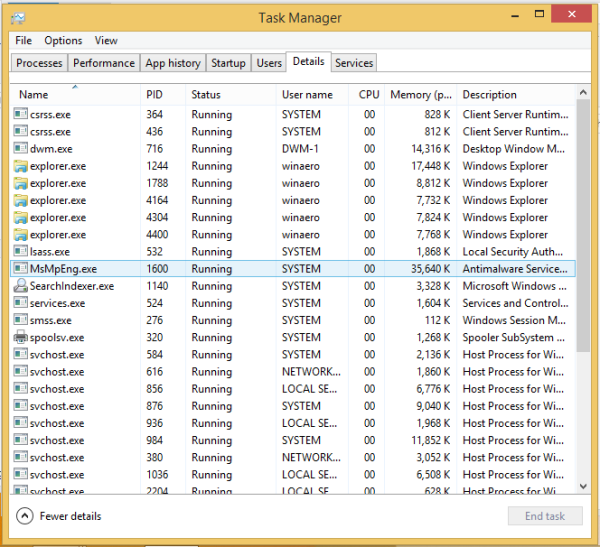 You will see all the separate instances of Explorer running in your OS.