If you want to be sure that the time on your Linux Mint PC is accurate, you might want to set it to update automatically from special time servers on the Internet. To do this, you need to configure the Linux Mint operating system properly. Here is how it can be done.


First, you need to install the ntpdate package. Open Menu -> Settings -> Software manager and look for this package. You can use search to save your time. In the screenshot below, I have it installed: 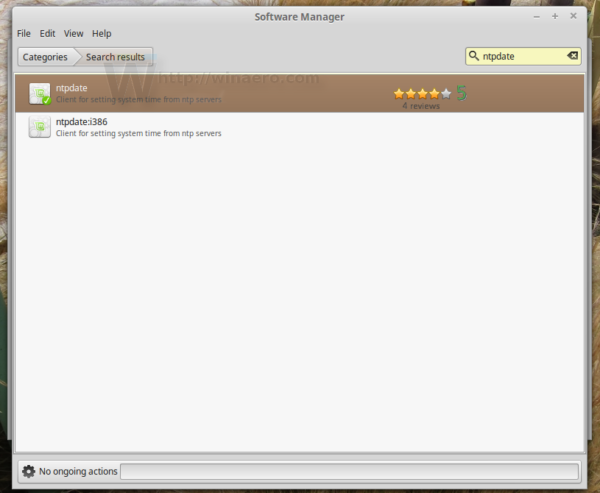 If your setup does not have it, then install the ntpdate package.

"ntpdate" is a lightweight package which can be used to obtain time from the Internet using NTP (network time protocol).

The next step depends on the desktop environment you are using in Linux Mint.

How to set time from the Internet with Cinnamon

This is pretty easy. If you have the ntpdate package installed, all you need to do is turn on the appropriate setting in System Settings (Control Center).

Do it as follows.

Under the hood of this GUI, Cinnamon is using the mentioned ntpdate via the following command:

It uses the default NTP server of Ubuntu.

How to set time from the Internet with MATE and XFCE

Unlike Cinnamon, other desktop environments offer a different way to sync time via NTP or do not have a GUI at all.

Two other popular desktop environments for Linux Mint are MATE and XFCE.
While MATE comes with an option to sync time and date with Internet servers, it requires another package, ntp, which is a full featured NTP server. 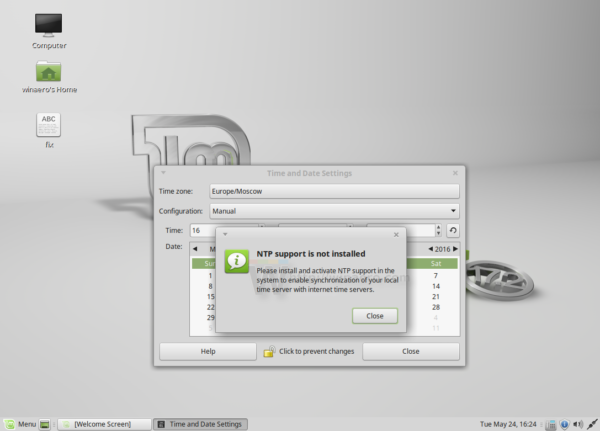 This is an overkill for the typical home user, so I would like to avoid it. There is no reason to run your own NTP server on your home PC or laptop.

The tutorial below is applicable to both of them and can be used in any DE, even without an X server. Here is how it can be done.

That's it. Now your time will be synchronized with the NTP server of your choice and your Linux Mint PC will always have its time and date accurate.