Although Microsoft released a convenience rollup for Windows 7 which is like Service Pack 2, that includes most of the post-SP1 security updates, non-security updates and hotfixes by request, they gave no instructions on how to make Windows Update work properly after the rollup has been integrated using DISM. Let's see what you need to do to create up-to-date ISO of Windows 7 with updates up to April 2016 so Windows Update works after you install it.

First determine if you are running 32-bit Windows or 64-bit and obtain the ISO with Setup files for your appropriate edition and version of Windows 7 with SP1 integrated.

You can copy the updated install.WIM to your USB stick or build a new ISO. When you install Windows 7 now using this updated image, it shows this when you go to Control Panel -> Installed Updates. 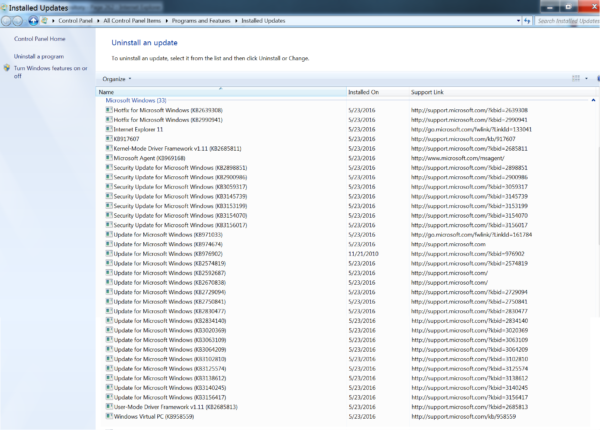 When you check for updates, it will finish scanning in just 5-7 minutes and show very less updates to download.

I hid all the drivers (since I already installed OEM drivers) and language packs, as well as updates to upgrade to Windows 10 or add telemetry.

When I checked for updates in May 2016 after integrating the above list of updates, it showed me only 34 updates (about 150 MB): 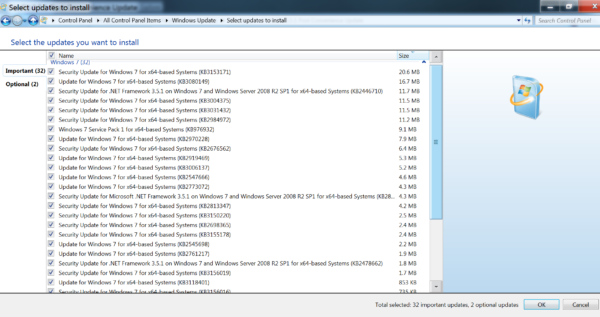 Of course, over time, as more updates are released again for Windows 7, the list of updates to download will grow bigger and we might need another Convenience Rollup or a proper Service Pack.