Quick Launch was a special, useful toolbar on the taskbar near the Start button. It was there since the Windows 9x era. With the release of Windows 7, Microsoft de-emphasized the Quick Launch toolbar in favor of pinning. Quick Launch however is not completely removed from Windows 8.1, Windows 8 and Windows 7. It is not obvious for a novice user how to enable Quick Launch as it involves numerous steps and cannot be automated.

I was getting a number of emails from Winaero readers on how to enable Quick Launch in Windows 8 as they prefer its compact size. Even with the modern taskbar, many users consider the Quick Launch toolbar still useful. For example, even if you set pinned icons to a small size, they are still spaced too far apart from one another. Another issue is that the taskbar mixes running programs with non-running ones, whereas if you use the Quick Launch toolbar, running programs will always appear to its right.

Quick Launch has a more customizable appearance; you can easily put any shortcut or folder there without having to use tools like Winaero Taskbar Pinner or Pin to 8. You can change their icons, have multiple rows of icons if you make the taskbar larger, and save overall space on the taskbar. In this tutorial, we will look at how to enable Quick Launch in Windows 8.1. 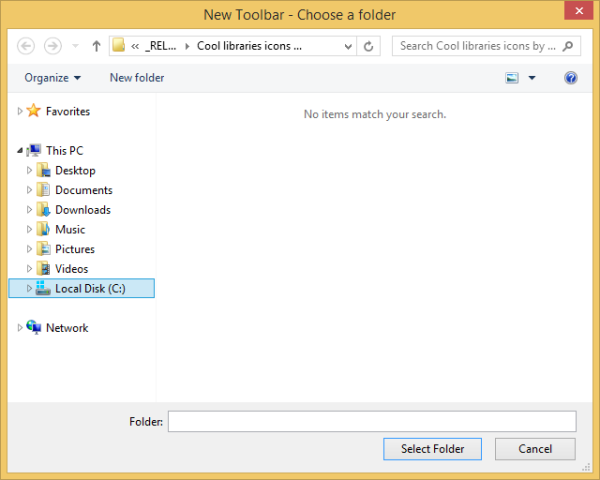 Replace the "YOUR USER NAME" text with your actual user name in Windows 8.1.
Alternatively, you can copy and paste the following text into the Folder text box in the dialog above:

The shell: protocol gives quick access to special folders as I covered previously. Or you can enter the following path instead of the shell command:

%userprofile% is an environment variable which points directly to your user profile in Windows 8.1. 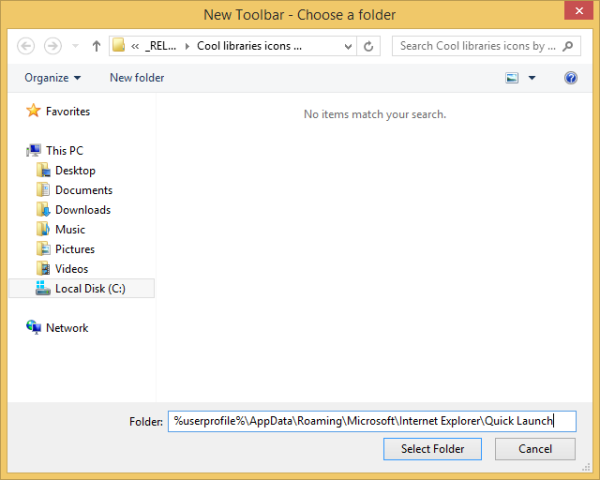 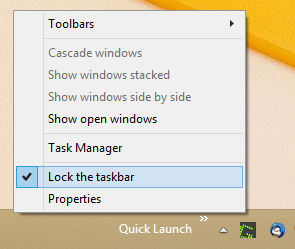 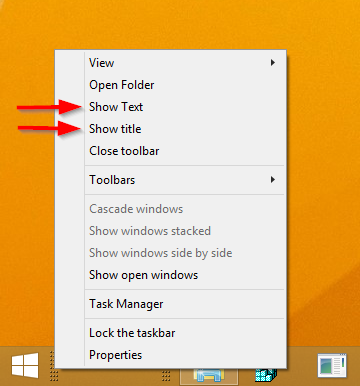 See the following video if you have any questions:

That's it. Now you have the good old Quick Launch enabled in Windows 8.1. You can even create a shortcut to a Modern app in your revived Quick Launch toolbar. 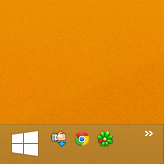 This trick to enable Quick Launch also works on Windows 7 and you can get rich tooltips showing useful information if you do this tweak:

9 thoughts on “How to enable Quick Launch in Windows 8.1”