Sometimes it is useful to check in a batch file if it was started from an elevated command prompt or as an administrator. I would like to share with you a trick which I am using to do this. The main idea of my trick is based on the value of the special environment variable %errorlevel% which stores the exit code for most console apps and commands. Let's see this in action.

When some console app finishes its job properly, the %errrorlevel% variable stores 0 as its value.
Open a new command prompt instance and run the "dir" command. After that, print the %errorlevel% value using the "echo" command:

It will produce 0 as the output. 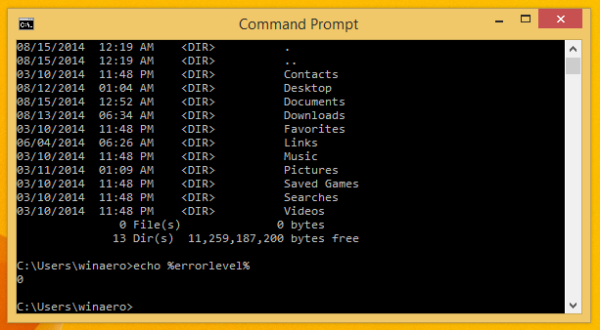 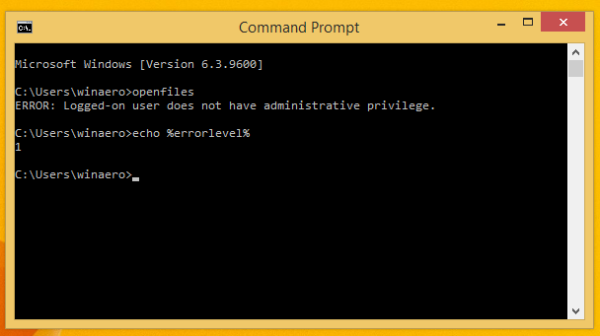 However, if you run it from an elevated command prompt (here is how to open an admin cmd prompt), it will show you opened files and will return 0, as expected. 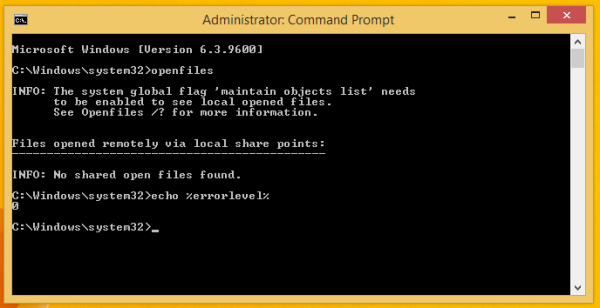 Using this feature, it is possible to implement a simple check in the batch file:

Note that i use output redirection to suppress any output from the openfiles command. In the "> NUL 2>&1 part", the default output of the command is redirected to nowhere (NUL), and the error output is redirected to the standard output, i.e. to NUL too.
Instead of the openfiles command, you can use any command that requires elevation, for example, the net session command.
That's it.