It looks like version 2.2004.22762.0 of the Cortana Beta app lost the ability to react on a wake word. Saying 'Hey Cortana' doesn't activate the app, instead showing a message that the key word is not currently available.

The change was first spotted by  HTNovo. The mentioned app version is available in Windows 10 version 2004, which is released to Insiders in the Slow and Release Preview rings. 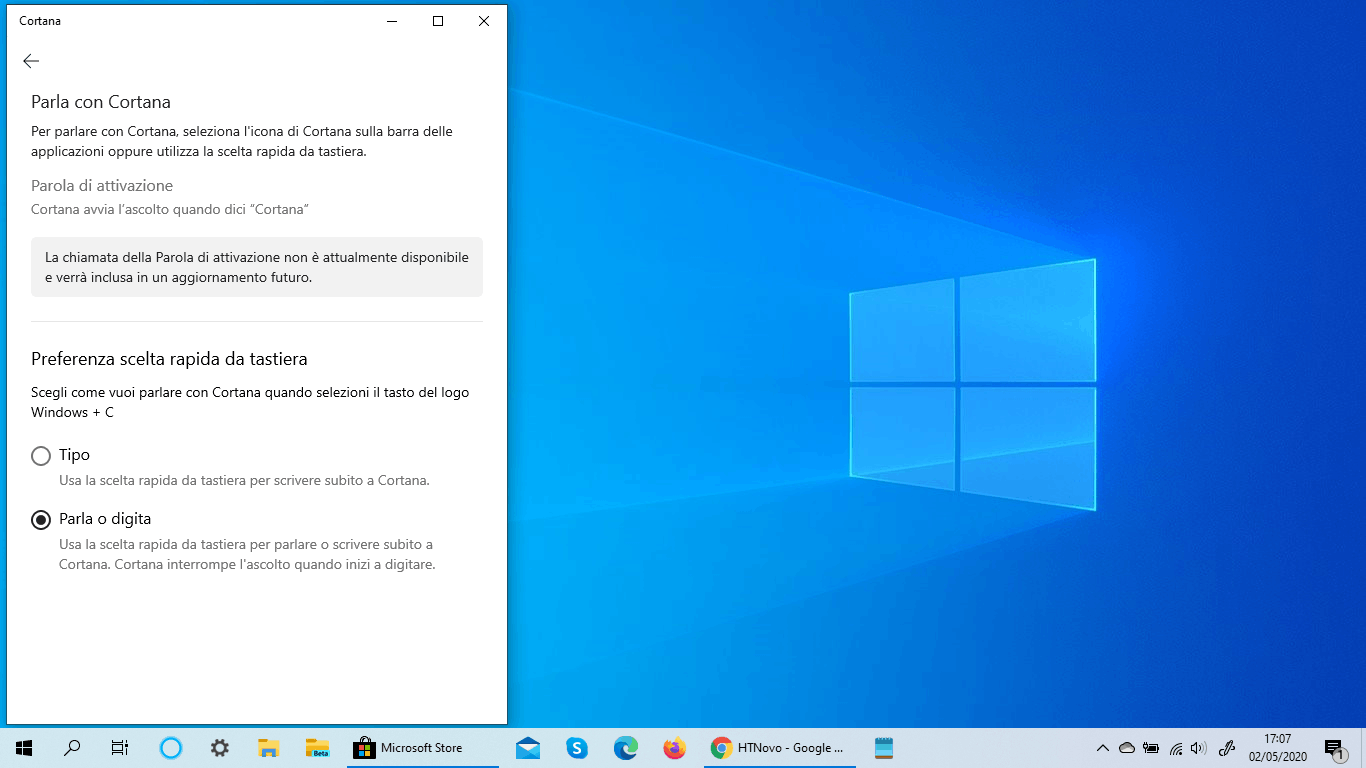 The message says (in Italian) that the activation word is not available as of now, but will return in a future update.

It is not clear what causes this behavior. Quite possible that Microsoft is tweaking the speech recognition engine for Cortana, or makes some other changes to the app.

The Cortana - Beta app, when installed, replaces the current version of Cortana. Check out the app page on the Store here: