Instead, Microsoft partnered with Amazon to deliver Android apps to Windows 11 through the Amazon App Store. If you are curious to give Android programs on Windows 11 a try, here are the hardware requirements your computer should meet. 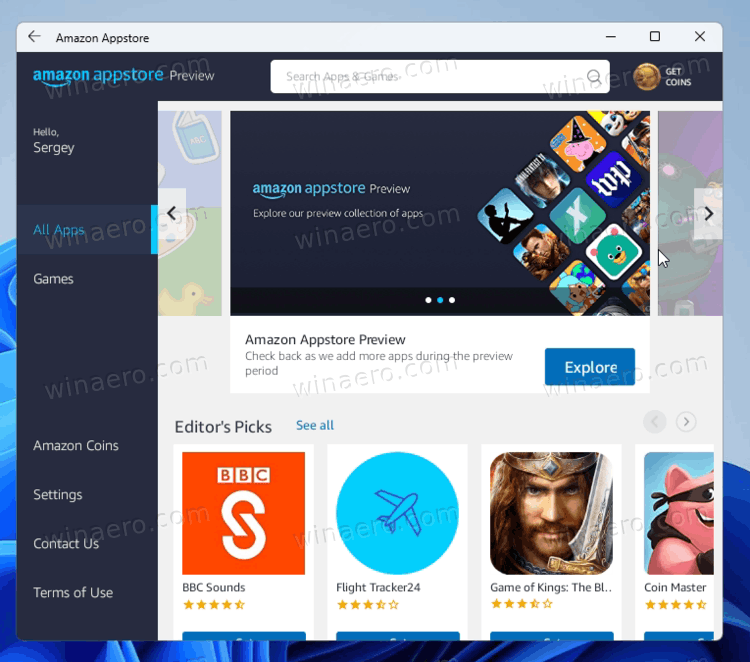 According to the support article on the official Microsoft website, your computer should meet the following requirements to run Android applications.

Those hardware requirements are hardly different from what Windows 11 demands to run officially. What is surprising is the lack of AMD's Ryzen 2000 CPUs, which Windows 11 formally supports. Microsoft does not comment on why it decided to ditch second-gen (Zen+ based) CPUs.

Ryzen 2000 CPUs are not the only chips Microsoft left behind. The only Intel 7th gen CPU officially supported by Windows 11 (Intel Core i7-7820HQ) is also out the door.

It is worth mentioning that Android apps may still run on older unsupported hardware, but your experience will probably differ from newer PCs with more modern CPUs.

You can read more about installing Android apps on Windows 11 in a post on the official Microsoft Support website.