Microsoft has released WebView2 for .NET and its fixed version, a Microsoft Edge component that developers can use in their apps as an embedded web rendering engine. The latter can be shipped as a non-updatable component with apps. 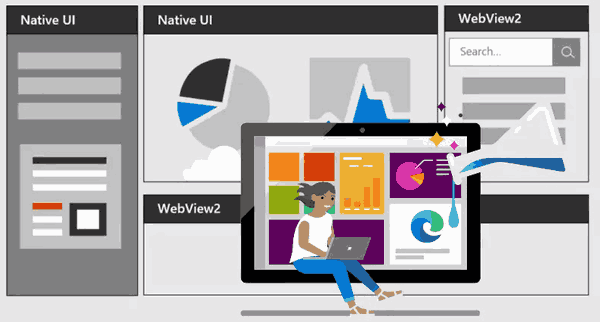 Microsoft is about to continue updating the WebView2 SDK approximately every 6 weeks driven by your feedback. To keep up with the latest updates checkout its Release Notes and follow the WebView2 Announcements Repo.

To get started with WebView2, check out our getting started guides: