Windows 10 comes with a Game Bar feature, which was part of the Xbox app. Starting with Windows 10 Creators Update version 1703, it is directly integrated into the operating system as a separate component that cannot be easily uninstalled so it's there even if you remove the Xbox app. In the upcoming Redstone 4 update, the app is getting an updated user interface and a number of new features.

As earlier, the new version of the feature is based on the Universal Windows Platform (UWP). It is already available in the recently released Windows 10 build 17046, which represents the upcoming Redstone 4 update. Here is how it looks: 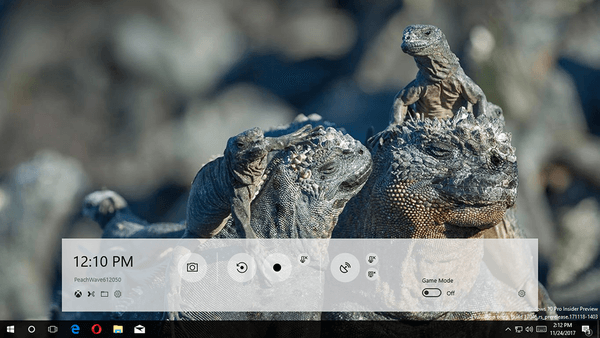 Here is the list of changes, available in the early version of the new Game Bar.

Do you like the new Game bar look and its features? Tell us in the comments.