Microsoft just released a new build from the Redstone 2 branch. Windows 10 build 14986, which represents the upcoming Windows 10 Creators Update (version 1703), comes with a long list of fixes and known issues. Let's see what has changed. 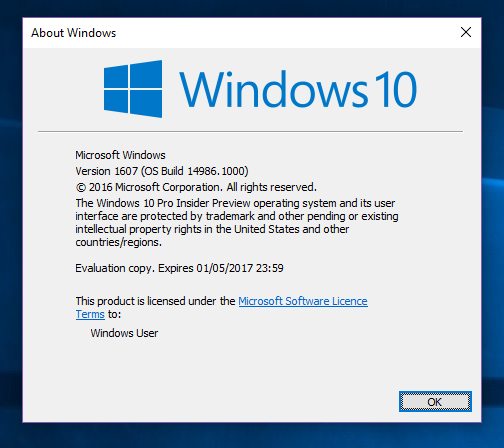 As you may already know, Windows 10 build 14986 has plenty of new features. Along with the feature list, Microsoft provided the following list of fixes.