Mozilla today released Firefox 84 to the stable branch. This release is notable for being the last one that supports Adobe Flash. Overall changes are focused on performance and reliability, but there is also a few new features.

Firefox 84.0 is the last version to support Adobe Flash. Firefox will drop Adobe Flash support on January 26, 2021 with version 85. Adobe Flash is now the only NPAPI plugin that Firefox currently supports.

For installed add-ons, it is now possible to enable or disable individual optional permissions. Those optional permissions may be not required for core add-on features, but those can be used by its extra functionality. You can now disable some them if you didn't them reasonable, but keep in mind that some of the extension functions may stop working. It also depends on author how defines which permissions are optional for this add-on.

This can be done from the Permissions tab for the specific extension in the Add-on manager. 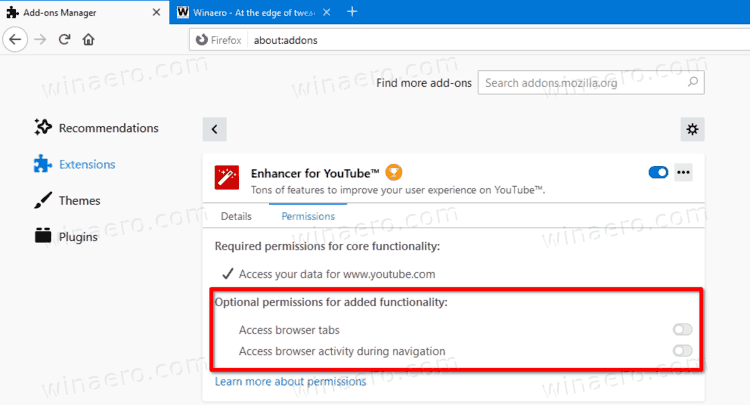