Mozilla Firefox 83 is out today, and is now available for download on the web site. It is a major release that includes a number of new features, along with general fixes and improvements.

Firefox keeps getting faster as a result of significant updates to SpiderMonkey, our JavaScript engine, you will now experience improved page load performance by up to 15%, page responsiveness by up to 12%, and reduced memory usage by up to 8%. Version 83 includes an updated JavaScript engine that helps to compile and display websites, improving security and maintainability of the engine at the same time.

Firefox introduces HTTPS-Only Mode. When enabled, this new mode ensures that every connection Firefox makes to the web is secure and alerts you when a secure connection is not available. 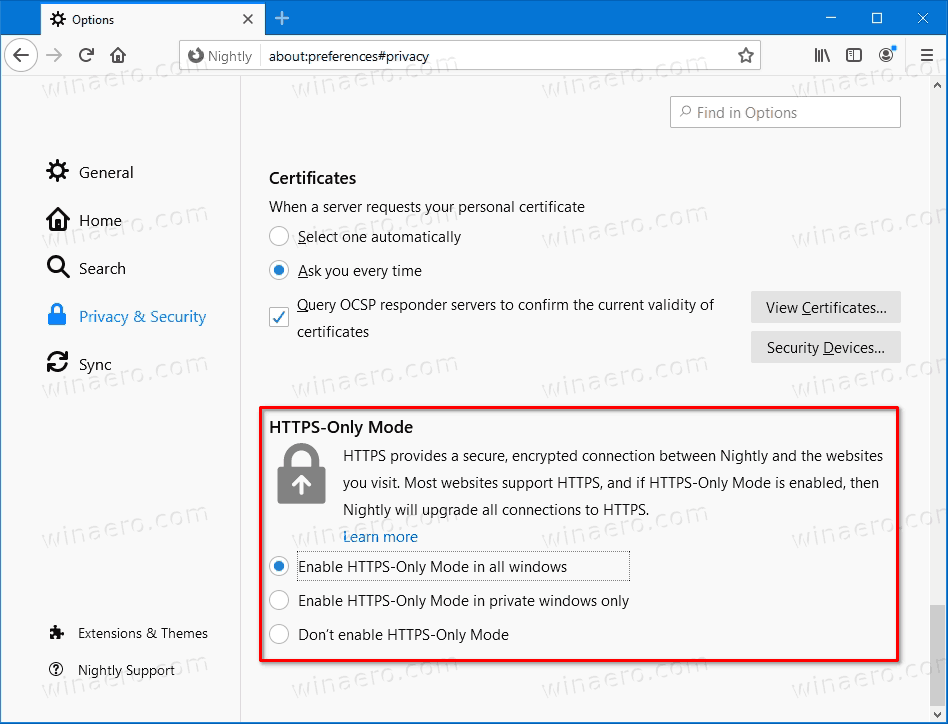 Pinch zooming will now be supported for our users with Windows touchscreen devices and touchpads on Mac devices. Firefox users may now use pinch to zoom on touch-capable devices to zoom in and out of webpages.

Picture-in-Picture now supports keyboard shortcuts for fast forwarding and rewinding videos: use the arrow keys to move forward and back 15 seconds, along with volume controls. For a list of supported commands see Support Mozilla