Mozilla is releasing Firefox 72, a new version of the popular web browser. Version 72 is notable for picture-in-picture mode enabled on Linux and Mac, improvements made to the tracking protection feature,  and a reduced number of notification requests. 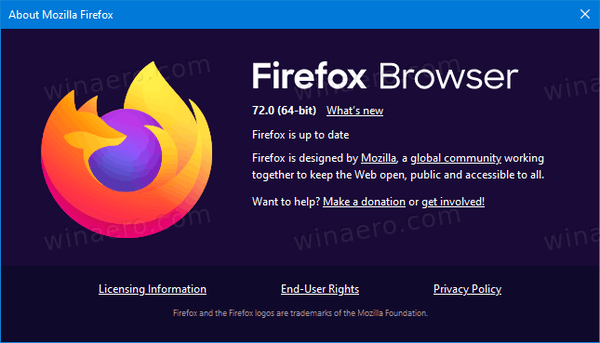 Picture-in-picture on Linux and MacOS

The long awaited PIP feature has become fully available in Firefox 71, but only on Windows. This has changed with Firefox 72, which extends PIP mode support to Linux and MacOS.

PIP allows watching video content independently from the browser's tab. Videos in PIP mode appear in their own flyout window. 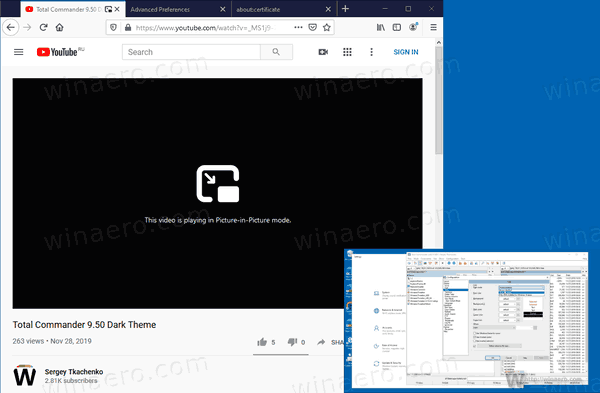 Firefox 72 now hides notification requests which pop-up automatically BEFORE you click anything on the currently open web site. Some sites display a request to show you web notifications before you click or read anything. I.e. it is enough just to open such a web site.

For such web sites, Firefox will show a notification icon in the address bar next to the web site URL. See the following screenshot:

You will see the notification request only if you click on that icon. Otherwise, it won't disturb you.

Starting in Firefox 72, the browser blocks all the scripts that collect fingerprints. This feature is now enabled by default for all users. 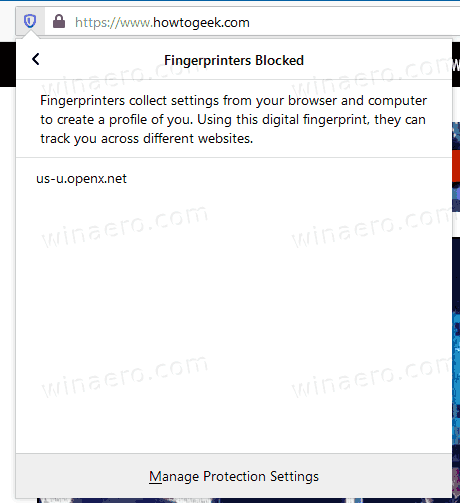 3 thoughts on “Firefox 72 Released, Here Are The Changes”