Mozilla is releasing a new version of their popular Firefox browser to the stable branch. Firefox 69 includes improvements made to performance, content blocking, and tracking protection. Also, the browser changes the behavior for Flash.

Firefox 69 is yet another release of the Quantum engine-powered browser. Since 2017, Firefox has the Quantum engine which comes with a refined user interface, codenamed "Photon". The browser doesn't include support for XUL-based add-ons any more, so all of the classic add-ons are deprecated and incompatible. See 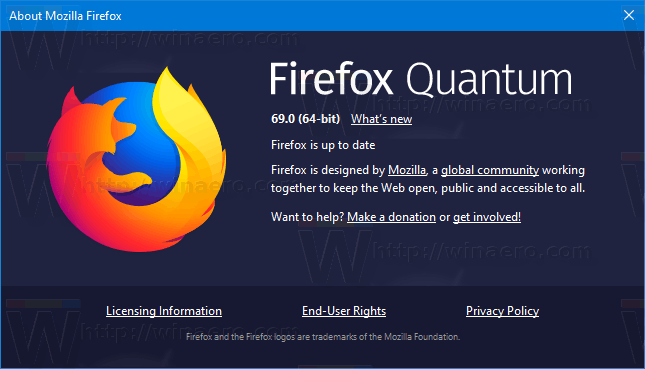 The key changes in Firefox 69 are as follows: 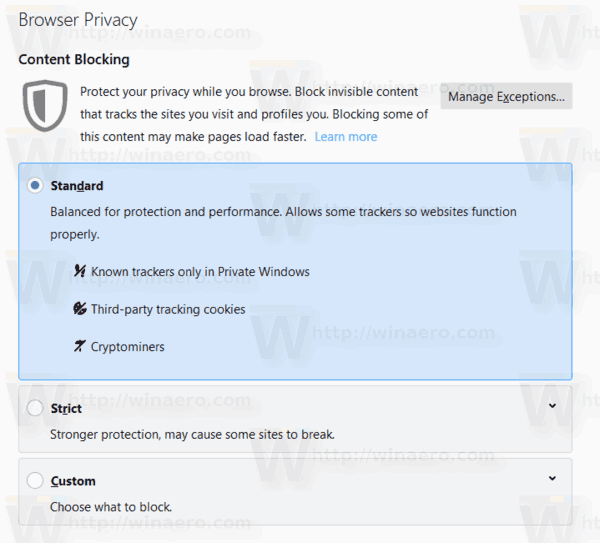 Firefox 69 includes the Enhanced Tracking Protection options under  Preferences > Privacy & Secutiry. There, the user can choose Standard, Strict and Custom mode. In version 69, it is enabled by default, so the browser blocks known trackers, third-party tracking cookies and cryptomining scripts.

Firefox 69 includes advanced options to block media that starts playing automatically. You can find them under Settings > Privacy & Security > Permissions > Autoplay. The default policy can be set for all sites, and whitelist or blacklist individual web sites.

Firefox 69 now includes a new priority manager that instructs Windows to change the content process priority level. This allows the browser to have a higher process priority for the active tab and be faster and more responsive.