Windows 10 version 1903 "April 2019 Update" comes with a number of interesting changes and improvements made to the WSL feature. These include additional distros in the Store, the ability to browse WSL files from File Exporer via a virtual network share, and the ability to export and import a WSL distro to/from a TAR file.

With Windows 10 version 1903 "April 2019 Update" you can import and export your Linux distros to a TAR file. This will allow you to customize your Linux environment, install desired apps, then export it to a file. Later, you can restore your setup on another PC, or share it with a friend.

This can be done with wsl.exe, a command line tool that allows managing WSL. As of this writing, this feature is implemented in Windows 10 build 18836. It is on its way to the 19h1 branch, so we will see it with the next build.

To export a WSL distro to a file, do the following.

Tip: You can see the list of installed WSL distros and their names with the wsl --list --all command. 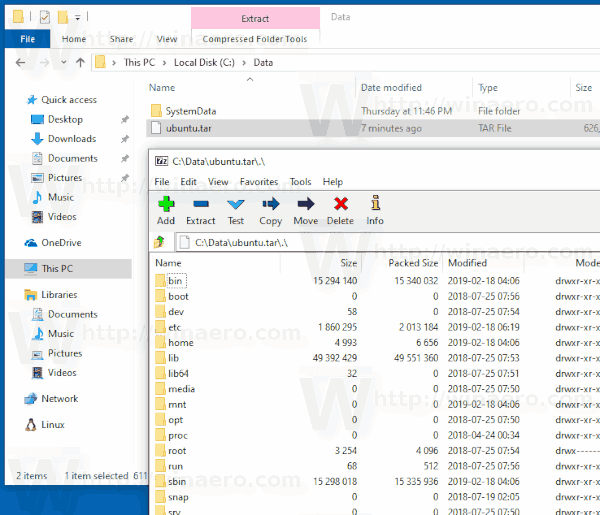 Import a WSL Distro from a file in Windows 10

You can import a tar file that contains the root file system of a Linux distro, which allows you to import any distro you like, with any configuration you’d like. You can specify any name and a custom folder location to store the customized distro.

To import a WSL distro from a file, do the following. 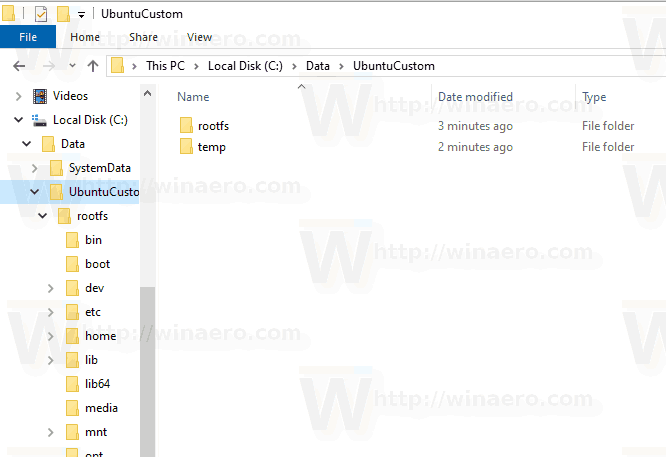 To run the imported distro, issue the following command in the command prompt or PowerShell.

Substitute the <DistributionName>  portion with the name you have assigned to the imported distro.

Finally, to remove an imported Linux distribution, execute the command