How to Enable Desktop PWA Tab Strips in Microsoft Edge 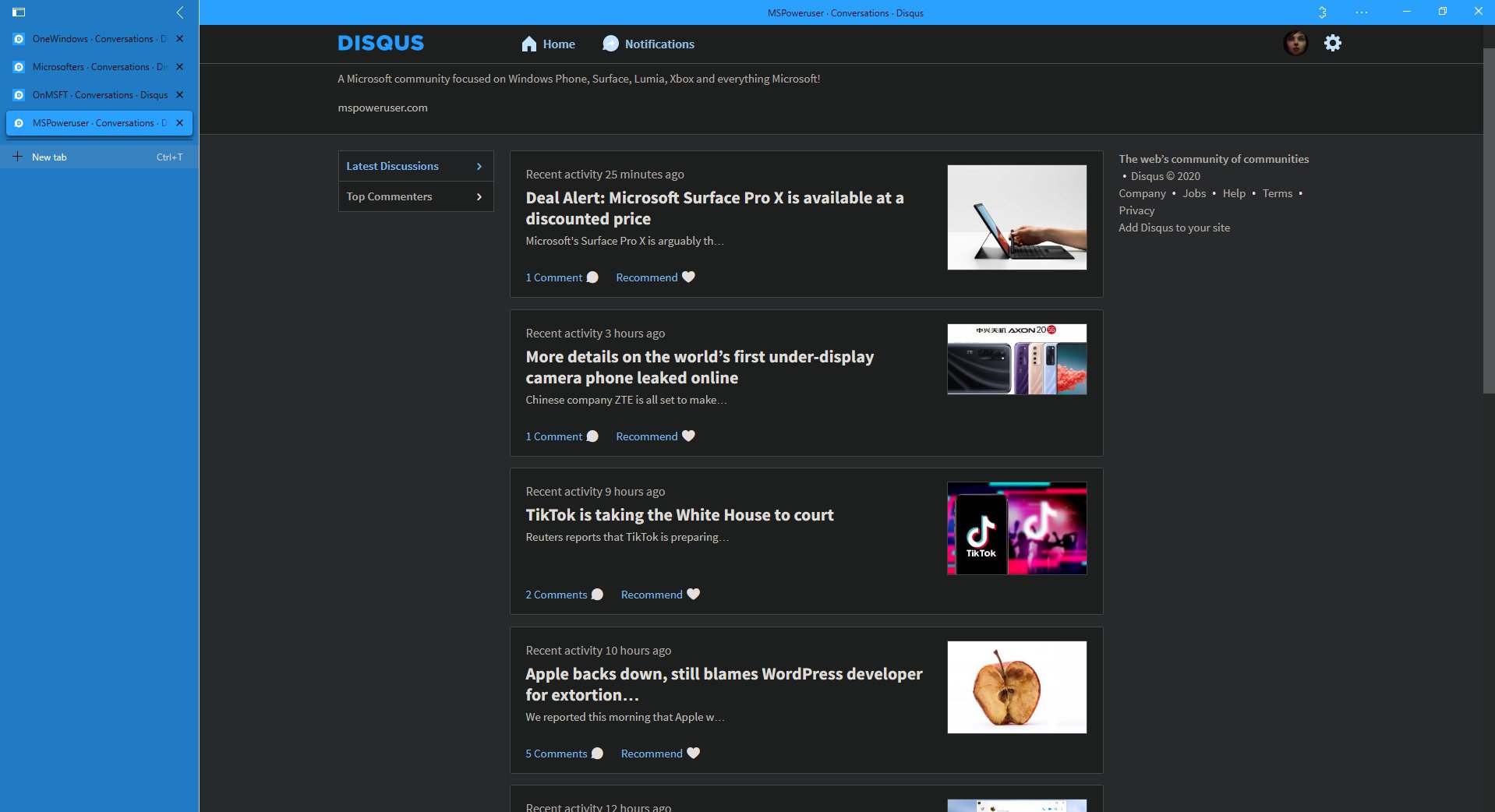 Progressive Web Apps (PWAs) are web apps that use modern web technologies. They can be launched on the Desktop and look like native apps. Microsoft Edge allows installing them with ease via a special button in the address bar.

While PWAs are hosted on the Internet, the user can create a special shortcut to launch them like a regular app, or install them in Windows 10 using Microsoft Store. Besides the Microsoft Store app, Windows users can use the certain Chromium-based browsers like Edge and Chrome to install them.

This post will show you how to enable Desktop PWA Tab Strips in Microsoft Edge.

After you install a PWA, i.e. after you click on the Install this site as an app button in the address bar, a new dialog with three options will appear. Select Open as tabbed window and then click on Install to try the new feature.

The next dialog, that allows pining a PWA to the taskbar, will also have such options.

However, on those sites that develop their own PWA like Twitter, the dialog only offers one option. 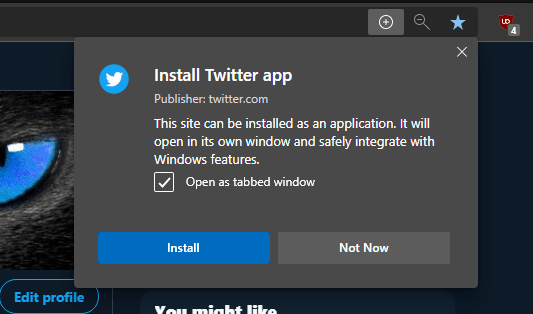 If you don't see the flag, ensure that you have the latest Canary build of Edge installed. Refer to the actual Edge version list below.

Thank you very much, Leo.