Windows 10 Creators Update introduced a number of changes to the user interface, so disabling Smart Screen can be a bit confusing. In this article, we'll see how to properly disable SmartScreen in it.

The SmartScreen filter is a technology which was initially designed for Internet Explorer to protect users from malicious websites and web applications. It was integrated with IE8 and IE9 (as the successor to IE7's Phishing filter). Starting with Windows 8, Microsoft implemented Internet Explorer's SmartScreen feature directly into the operating system so files are screened for being potentially harmful. SmartScreen is also integrated for Windows Store apps.

If enabled, the Windows SmartScreen filter sends information about every application you download and run to Microsoft’s servers, where that information will be analyzed and compared with their malicious apps database. If Windows gets a negative feedback about the app from the server, it will prevent you from running the app. Over time, the reputation of apps builds up in their database.

In Windows 10 Creators Update, SmartScreen is enabled for classic Desktop apps, for Edge and for apps from the Store.

To disable SmartScreen in Windows 10 Creators Update, do the following.

Open Windows Defender Security Center. It's a new feature of Windows 10 Creators Update, which we described in detail in one of our previous articles. It has an icon in the system tray which can be used to open the app. Alternatively, you can create a special shortcut to open it quickly.

Its user interface looks as follows: 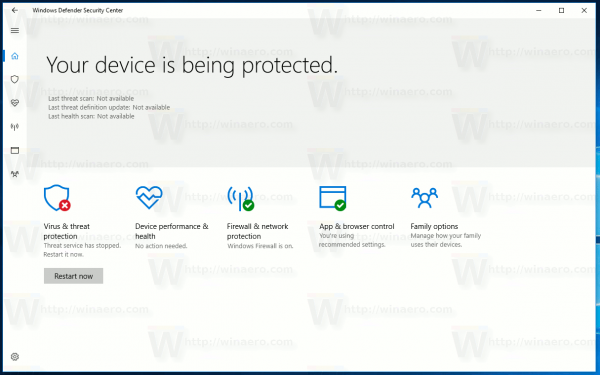 The following page will be opened: 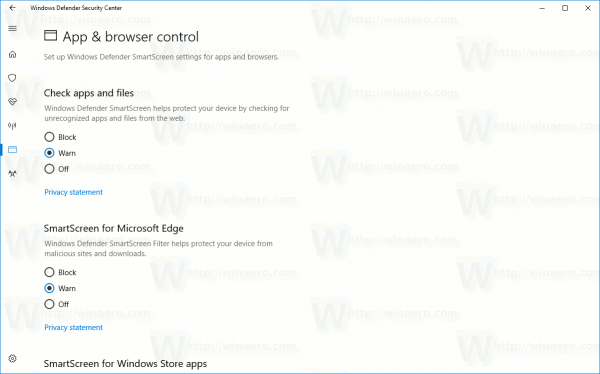 To disable SmartScreen for Desktop apps, select the Off option under Check apps and files. 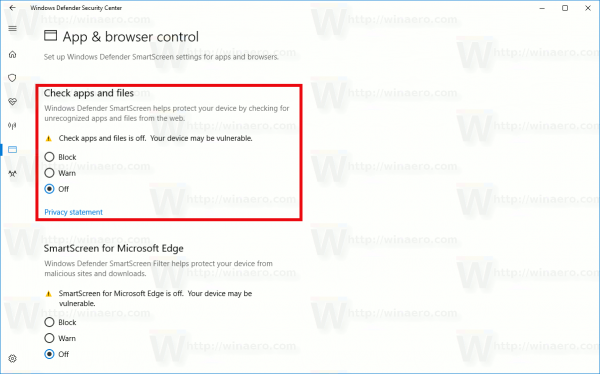 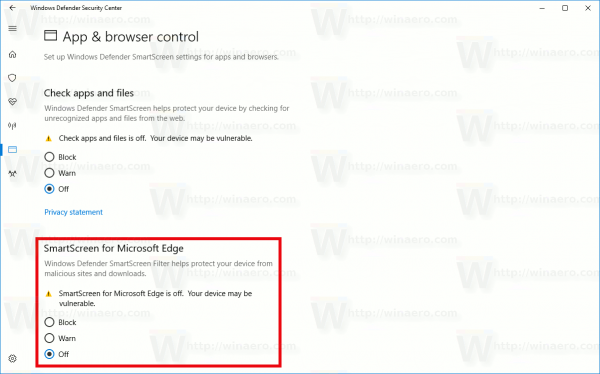 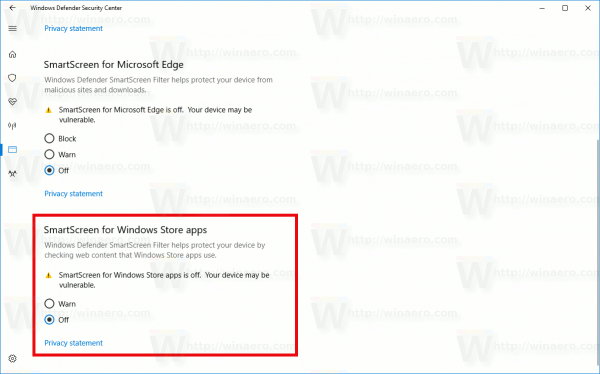 Once you disable all three options, the SmartScreen feature will be completely disabled in Windows 10 Creators Update.

To save your time, I prepared ready-to-use Registry files. You can just import the following *.REG file to disable all SmartScreen features at once:

Unzip it and double-click it to import the settings. After that, restart Windows 10. The SmartScreen feature will be disabled. The undo file is included.