You can disable Firefox Suggest in Firefox address bar if you are not happy to see promoted search suggestions each time you type a query. Mozilla started testing a new feature in Firefox that pushes sponsored posts as you type your search request in the address bar. Called "Firefox Suggest," the feature tries to offer your relevant content based on what you enter by using ad partners that "meet Mozilla's privacy requirements."

The browser first shows you suggestions from your search engine, then, in a dedicated section, displays sponsored posts that match your request. According to the official documentation from Mozilla, their preferred ad partner for Firefox Suggest is adMarketplace.

Of course, placing ads directly in the address bar is not something an average Firefox user expects from Mozilla. Developers claim Firefox Suggest shares "technical data" with partners through a Mozilla-owned proxy service, so suggestions do not compromise users' privacy. Technical data also does not include any personal identifiers. 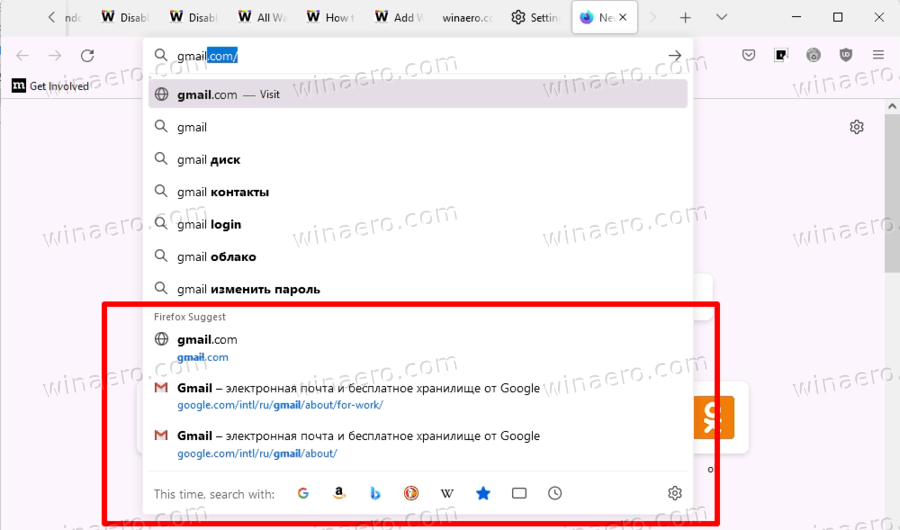 After that, Firefox will turn off ads in the address bar.

In case you missed it, Firefox Suggest is not the only experiment Mozilla is currently conducting. The company recently started testing how websites react to a three-digit version number in the user-agent string. Early next year, Mozilla plans to ship the first version of Firefox 100, so developers want to make sure a new UA will not cause a bad experience and poor compatibility for users.