After adding dark mode support to the most popular Office apps, Microsoft is now rolling out dark mode for OneDrive for Web. Microsoft announced this feature more than six months ago, and it is finally available to almost everyone.

OneDrive is the online document storage solution created by Microsoft which comes bundled as a free service with Windows 10. It can be used to store your documents and other data online in the cloud. It also offers synchronization of stored data across all your devices.

OneDrive is bundled with Windows since Windows 8. It is the all-in-one solution built by Microsoft to provide the user the ability to have the same files on every PC he signs in with using his Microsoft Account. Previously known as SkyDrive, the service got rebranded some time ago.

When you have OneDrive installed and running in Windows 10, it adds a Move to OneDrive context menu command available for files under certain locations included in your user profile like Desktop, Documents, Downloads, etc. 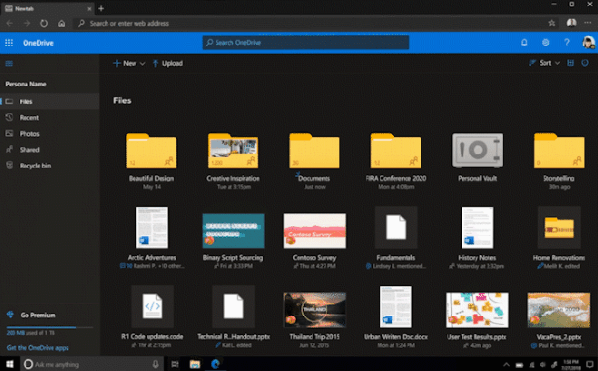 Microsoft 365 Roadmap reveals that OneDrive dark mode for the Web is now rolling out with February CY2021 target release. It may still take some time before this feature reaches your account. Until then, you can use a popular third-party extension Dark Reader to enable dark themes on websites without native support.

To check whether your OneDrive account supports dark mode, go to onedrive.live.com and click on the settings icon at the top-right corner of the screen. If there is no dark mode toggle, you will have to wait a bit more until it reaches you. 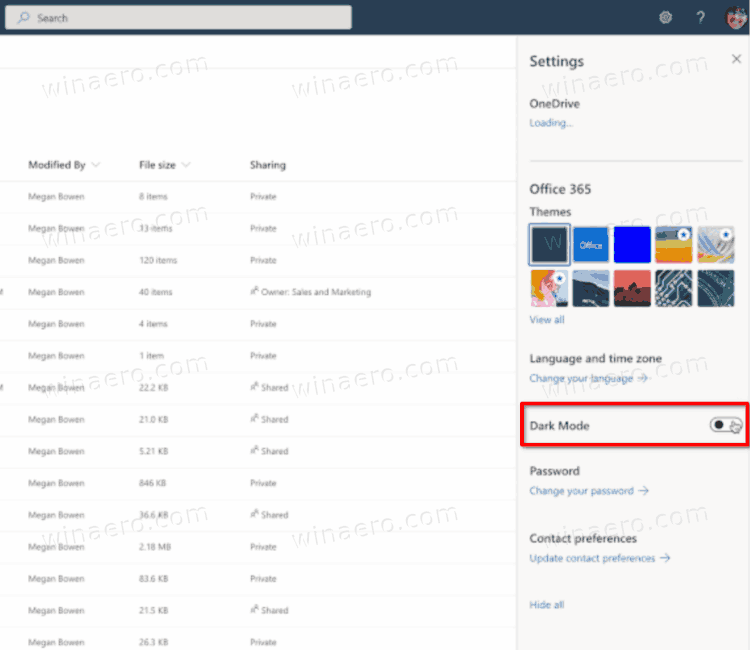 You can learn more about the upcoming features of Microsoft 365 using this link. There is also  a similar website with the Microsoft Edge roadmap.

Recently, Microsoft has introduced some significant updates for OneDrive. For example, it increased the maximum file size limit from 100 GB to 250 GB. Also, mobile users received 8K video and live photo support both on iOS and Android.