Sometimes, you need to create multiple folders at once sequentially named. For example, you might want to create directories named dir1, dir2, dir3 ... dirN. Using built-in tools of Windows 10, you can save your time and create them all at once. Here is how it can be done.

Windows 10 offers you two tools to automate the process. The first tool is PowerShell and the second one is Bash on Ubuntu. Let's see both ways. 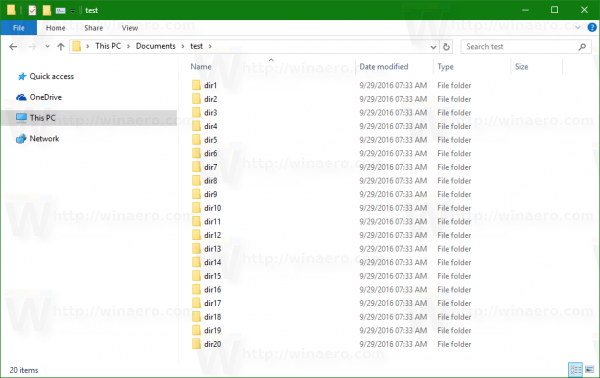 You can do the same using the built-in Windows Subsystem for Linux. If you don't have it installed, see the following article:

How to enable Ubuntu Bash in Windows 10

Now, you need to run it and navigate to the desired folder. Use the "cd" command to reach the desired folder in the bash console. In Bash on Ubuntu, all Windows drives are connected as mount points as mentioned below: 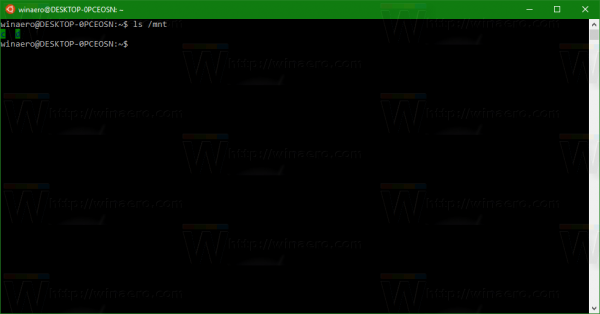 So, to access my user profile, I need to type the following command: 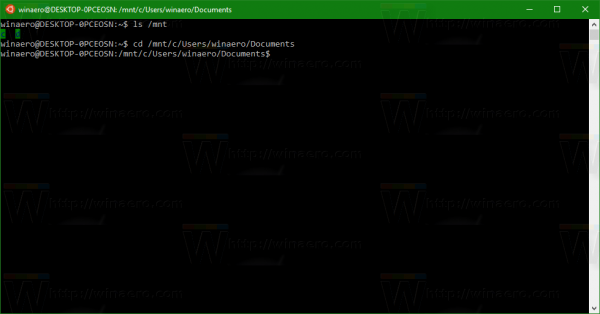 Now, you can use the Linux mkdir command to create multiple directories using the following syntax: 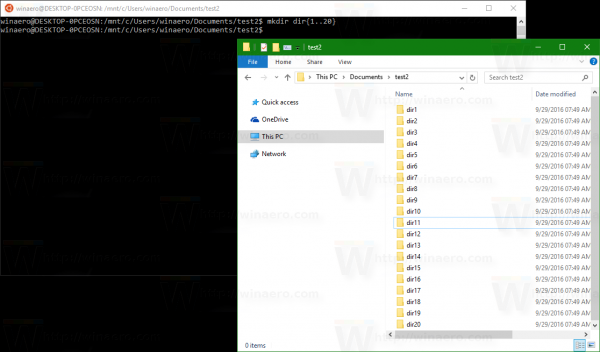 Tip: if you use Bash on Ubuntu frequently, you can add it to Explorer's context menu. See Add Bash to the folder context menu in Windows 10