An update to Cortana - Beta app for Windows 10 now allows managing devices connected to it. It unified Xbox One, Surface Headphones, and Amazon Alexa devices under one roof. 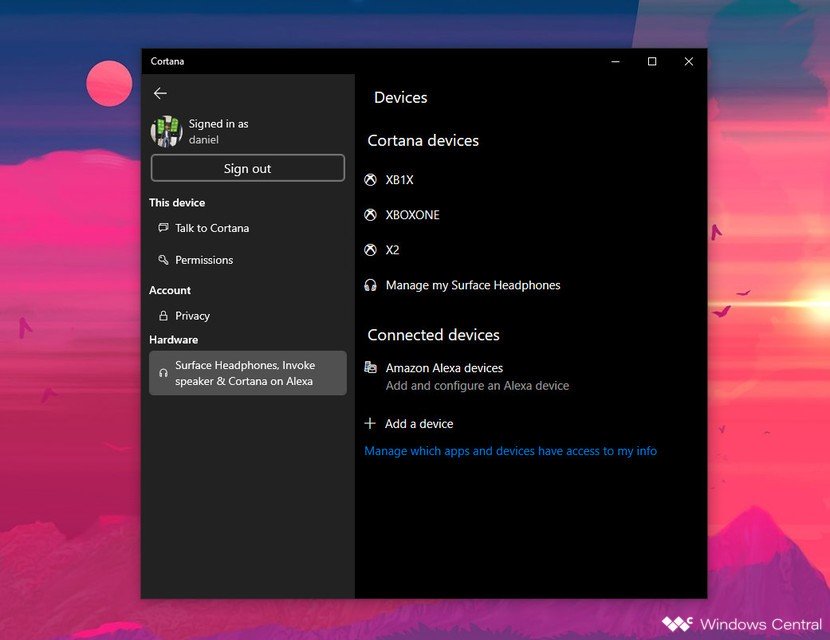 Starting in version 2.2004.22762.0, there is a new hardware section in the settings menu. It allows managing any of the Cortana devices you have. Typical Cortana devices are Xbox One, Surface Headphones, and Amazon Alexa. Obviously, the devices must be connected to Cortana.

To see which settings are available, click on a device in the list. For some devices like Surface Headphones, there is a shortcut to set it for the first time and install the Cortana Device Setup app.

The update is definitely useful for owners of Cortana-compatible devices.Microsoft is going to release more devices such as Surface Headphones 2 and Surface Earbuds, so the change is released on time.