With Windows 8, Microsoft has "re-imagined" the Language settings Control Panel. The most notable changes have been made to the way users switch input languages and to the Language Bar. Even some power users have been having issues with configuring language settings and have been asking me for help when they moved to Windows 8. So, today I will share several tips to make your life with configuring languages on Windows 8 easier. 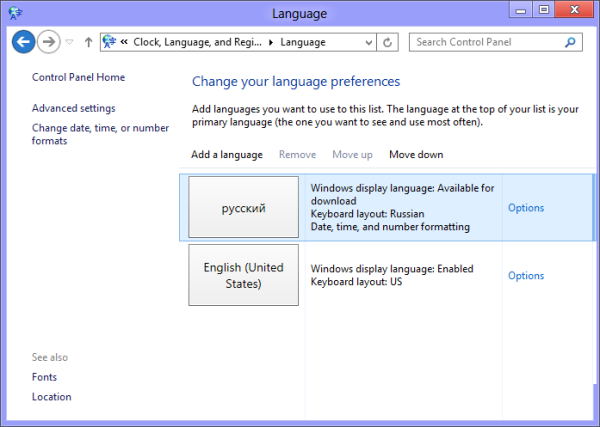 As you can see in the screenshot above, all language settings in Windows 8 are accessible through a dedicated "Language" applet. In Windows 7, it used to be called "Region and Language". You can access the Language Control Panel applet from both category view via Control Panel\Clock, Language, and Region or via Large/Small icons view.

The big change is that now there is a a global language list that shows all the installed languages, and allows you to set the default system language and the display language. Move your preferred language to the top of the list to make it the default display and input language.

How to change hotkeys for input languages

To set Ctrl+Shift as the default hotkey, you need to click Advanced settings on the left, and then click on the "Change language bar hot keys" link. 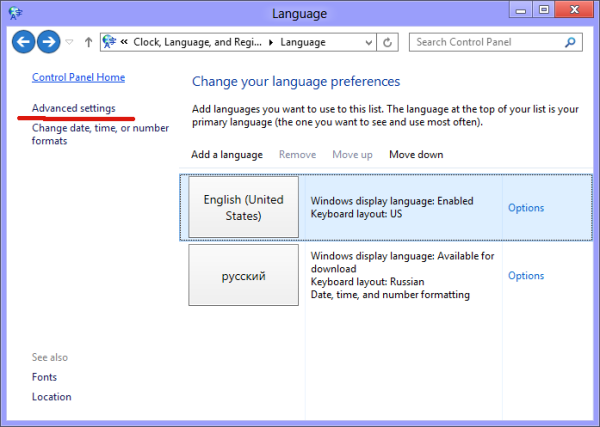 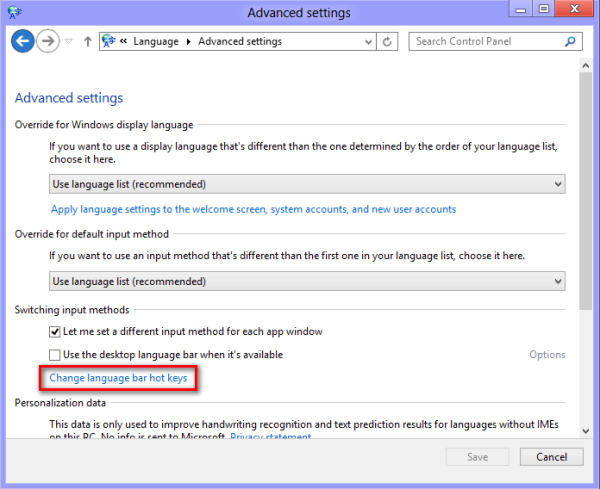 The "Text Services and Input Languages" window appears on the screen. Here you can change the hotkey as you used to in earlier versions of Windows: 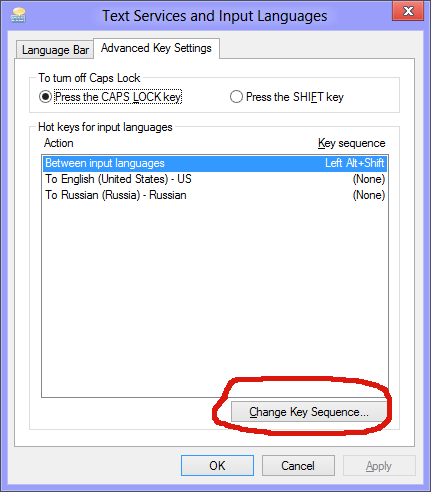 The new language indicator in Windows 8 is wider than the classic language bar. The new one occupies more space on the taskbar since it has three letters for the language code and is designed for touch screens so you can tap with your finger on it.

If you prefer the more compact, old language bar, there is a way to re-enable it.

Open Control Panel\Clock, Language, and Region\Language\Advanced settings again and check the option "Use the desktop language bar when it's available: 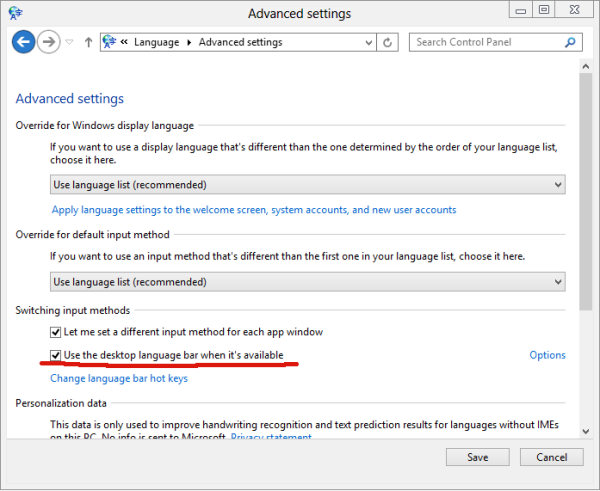 However, doing so is not enough to enable it. The desktop language bar is hidden in Windows 8 by default, so you have to click the "Change language bar hot keys" link again. Open the "Language bar" tab and enable the "Docked in the taskbar" option. 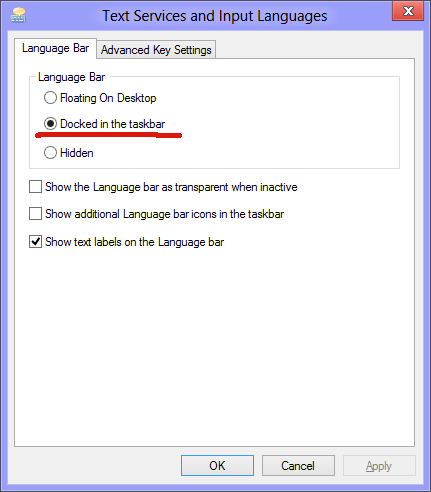 How to re-enable per window keyboard layout

In Windows 8, the keyboard layout has been made global, meaning once you switch to any language, it applies to all windows. In earlier versions of Windows, the keyboard layout was per-window, which means, the language was switched only for the window you were focused on. Fortunately, they kept the option to revert to the old behavior.

Simply check the option called "Let me set a different input method for each app window': 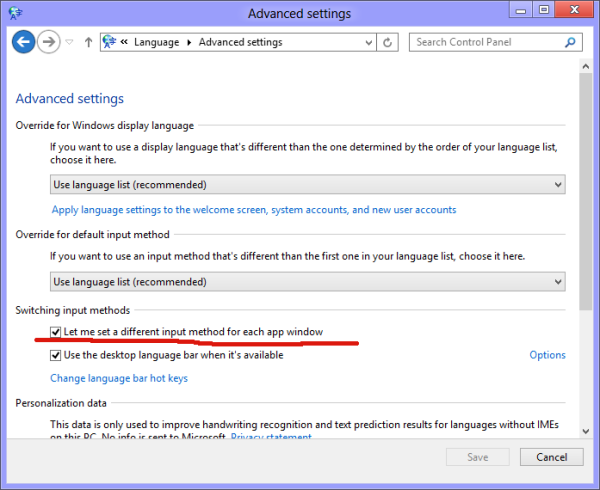 Don't forget to check out and configure Advanced settings. There, you will find some useful options. For instance, if you wish to use a different keyboard layout than the default one for your preferred input language, you may specify it accordingly: 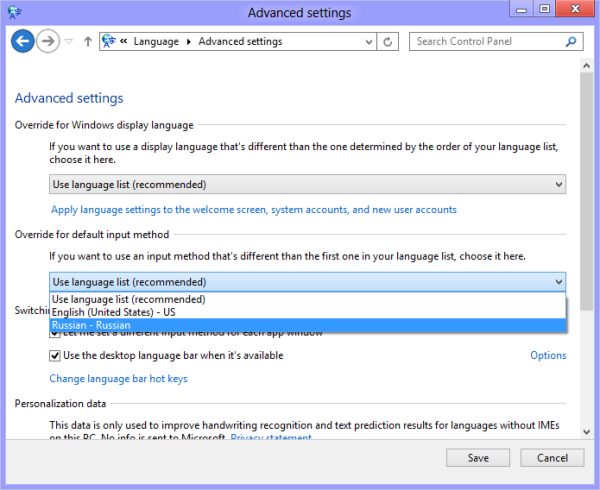 Feel free to tell us in the comments, if you like the changes made to Language settings in Windows 8 or find them confusing, and which keyboard shortcut you have set to switch the keyboard layout.